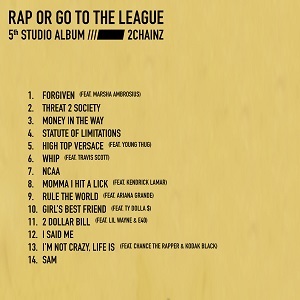 Recently, 2 Chainz returned himself to the spotlight, as he is preparing Rap or Go to the League, his fifth album. This new album is loaded with big guest appearances. For his new opus, 2 Chainz went a unique route in promoting it.

The hip hop landscape has changed since 2012, when 2 Chainz released his debut album. Keeping up with the times, he joined forces with LeBron James to promote the album. He let LeBron James interview him for the album, releasing clips on social media.

2 Chainz has now released the Rap or Go to the League track listing to the masses. He brought out all of the big names for the album, which is due tomorrow. The guest appearances are Marsha Ambrosius, Young Thug, Travis Scott, Kendrick Lamar, Ariana Grande, Ty Dolla $ign, Lil Wayne, E-40, Chance The Rapper, and Kodak Black.

See the Rap or Go to the League track listing photo below: 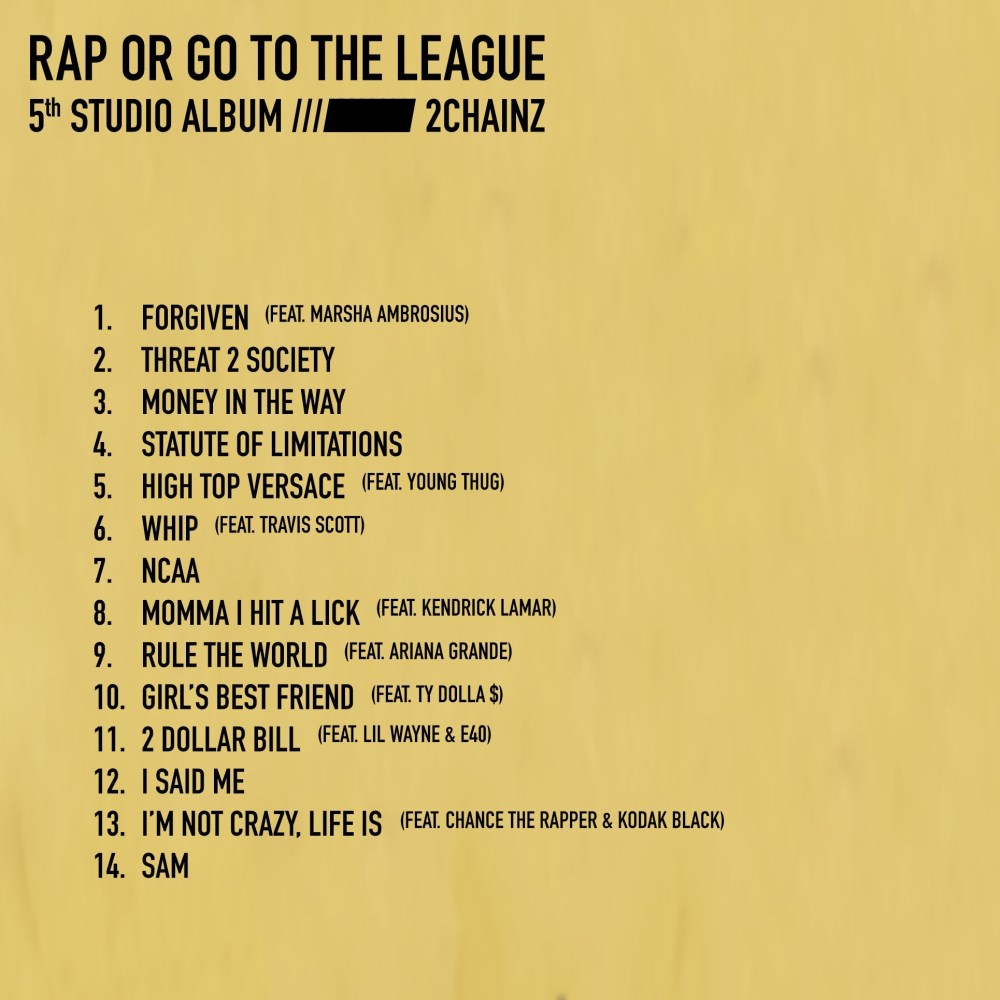 Remy Ma and Papoose Appear On The Real As The Golden Child Makes Her TV Debut
Nathaniel Taylor, aka Rallo from “Sanford & Son,” has died at the age of 80 #RIPNathanielTaylor #SanfordandSon