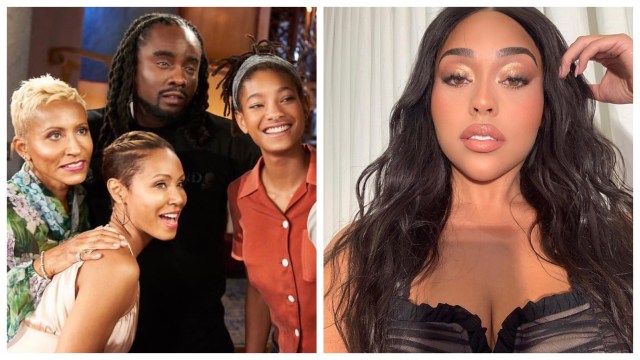 Wale recently sat down with the Smith family on an episode of ‘Red Table Talk’, but unfortunately, his episode is getting overshadowed by the upcoming episode featuring Jordyn Woods.

Wale responded by saying “Yikes . Can’t RT that but we know what it is.”

Currently, Jordyn is the topic of discussion everywhere simply because she allegedly was romantically involved with her best friend’s, sister’s, boyfriend. She will get the chance to tell her side of the story on ‘Red Table Talk’ and everyone has been talking about tuning in. On Wale’s episode, he talked about love and being vulnerable with his feelings. As interesting as that topic may seem to some, more people would sadly want to hear about Kardashian drama. I think that if anyone had their episode when Wale had his, it would’ve been overshadowed. Drama sells. 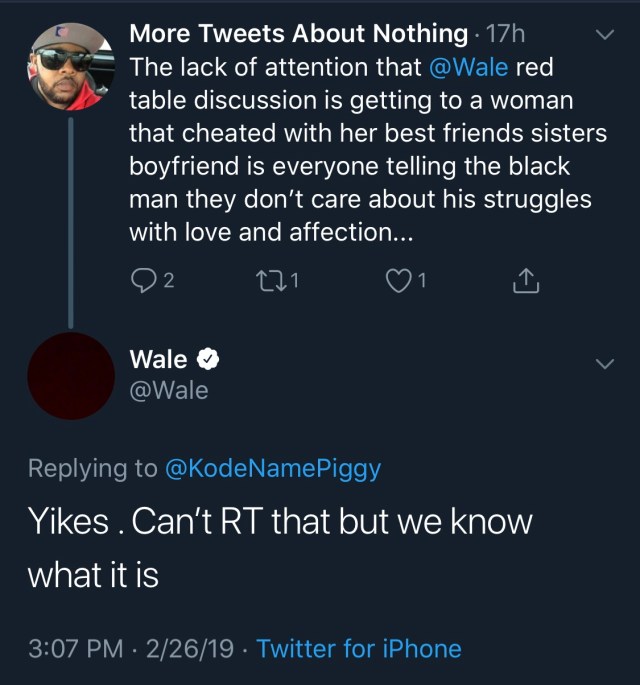 YNW Melly Murder Case Has New Evidence Proving He Drove Around With His Friends Two Dead Bodies and Staged Drive-By Shooting
T-Pain on 6ix9ine: “I would snitch so hard” [VIDEO]