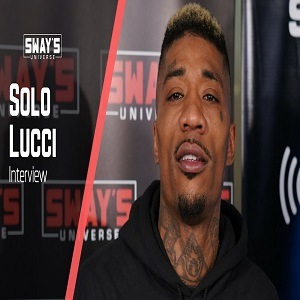 People know Solo Lucci best for being on “Love & Hip Hop Hollywood,” even though he was on “New York,” this year. Through this, he is best-known for dating Alexis Sky. Before TV, though, Solo Lucci appeared on a Chris Brown record.

Solo Lucci is a Texas native and has slowly been rising to the forefront, for some time. Relatively young, he has made a huge impact, mostly from TV, but it’s still a platform. Definitely, his presence was felt, as Jay-Z used his interview for 4:44.

Recently, Solo Lucci talked to Sway, at Shade 45 for “Sway In The Morning.” The conversation began with him talking about Alexis Sky, and the whole baby situation, which also involves Fetty Wap. He would also speak on the scene in his native Texas, which is picking up.