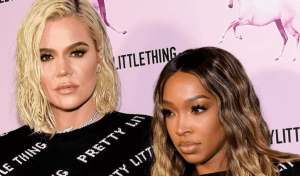 On Tuesday, an Instagram live video of Jordyn Woods teasing her upcoming appearance on Jada Pinkett Smith’s Red Table Talk show took the internet by surprise. In what will be her first interview since the cheating scandal broke out, it looks like Woods is set to tell her side of the story. While many are excited and chomping at the bits to see how this will continue to unfold, some in the Kardashian camp are not.

Long time friend of Khloe Kardashian, actress Malika Haqq continues to throw some not so subtle shade towards Jordyn Woods. In the comments of her most recent Instagram post, Haqq calls out Woods for the Red Table Talk tease. She calls Jordyn a coward for making excuses and trying to save face.

“I’ve been wrong before and I’ll be wrong again but I damn sure wouldn’t make excuses (alcohol) in an interview to gain self-pity and save face. No one in my life would condone that coward like behavior.”

Haqq isn’t the only one publicly sharing how they feel regarding Wood’s public response and drama. Longtime friend of the family Larsa Pippen also took to Instagram to express her disdain for Woods’ PR move.

“Can’t wait to see which version of her story she tells. Hope it’s the same she told Khloé Kardashian when she checked her.” 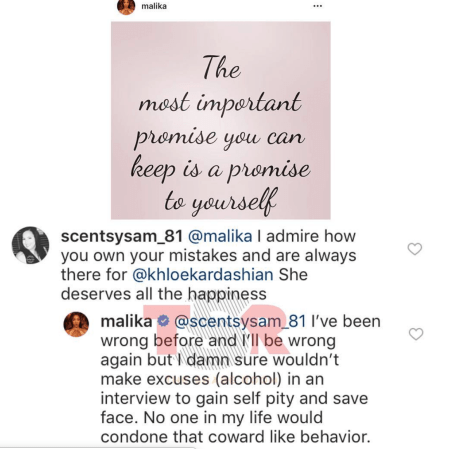 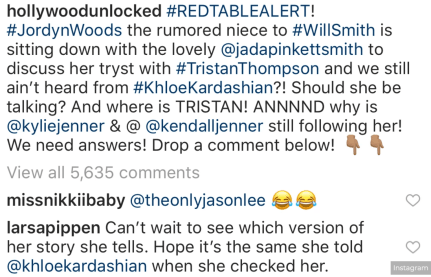