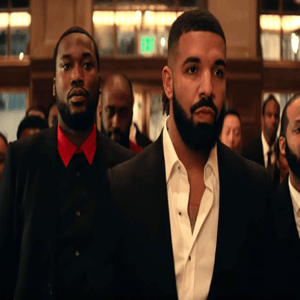 Meek Mill released his fourth studio album “Championships” in November and was regarded as one of the hottest albums of 2018. It featured the tracks “What’s Free” with Jay Z and Rick Ross, “On Me” with Cardi B, and “Going Bad” with Drake.

Going Bad caught fire immediately as hip-hop fans got to see Meek and Drake collaborating again after squashing their three-year-old beef back in September. Now, the record has officially been certified platinum. It’s been a radio and club banger all around the country.

Championships went gold in December so the project hitting platinum status as well can definitely be a huge possibility this year. Meek showcased a complete project that had some underrated records such as “Almost Slipped,” “Splash Warning” featuring Future and Roddy Ricch, and “Wit The Shits” featuring Melii. 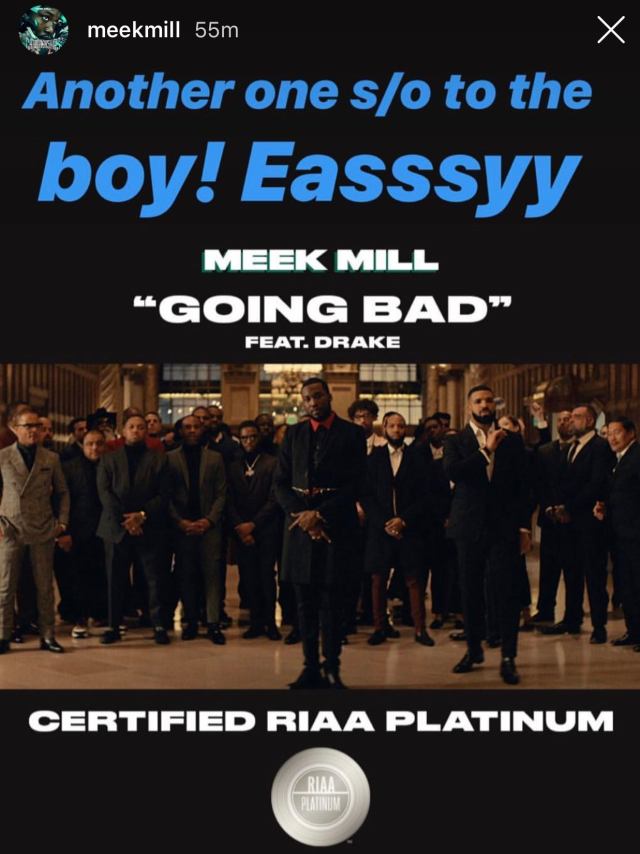 Chilli, Lil Kim And Mya Are Filming New VH1 Show “Girls Crew” In Barbados [PHOTOS]
J.Cole Hints That ‘Revenge Of The Dreamers III’ Is Set To Drop In April