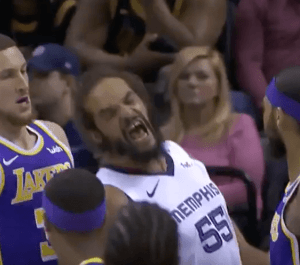 Joakim Noah has been making the most of his NBA comeback. One of the most notable headlines to come out of the Grizzlies win over the Lakers was the incredible effort Joakim Noah put up. Noah dropped 14-12-4, racking up a double double on his 34th birthday. He brought all of the energy to both his team and the fan base.

Check out some of Noah’s highlights

Joakim Noah draws a charge on LeBron with 20 seconds to go in a 4-point game.

The Grizzlies went on to win the game. pic.twitter.com/qUNevpJQB6 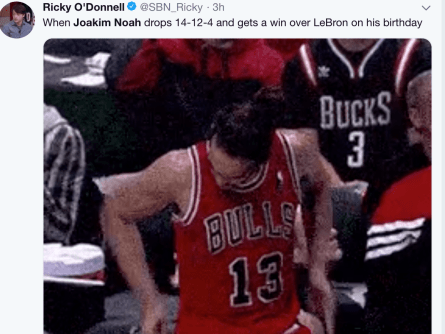