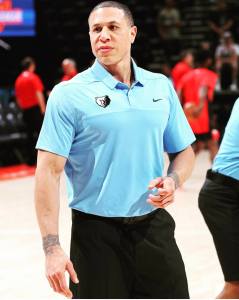 Mike Bibby, former NBA player is under investigation by police over sexual abuse accusations. Bibby, who’s a high school basketball coach in Arizona at Shadow Mountain may have dribbled himself down the wrong alley-oop with an offensive play.

A restraining order was reported to have been granted last week citing Bibby grabbed the teacher by the waist and pulling her into a car, groping and rubbing his genitals on her then later made sexual comments to her. The restraining order quoted the teacher saying she was ‘in shock, in fear, intimidated by his actions, afraid of him as he smelled of alcohol.”

The Paradise Valley School Unified released a statement that Bibby is currently no longer eligible to volunteer as the coach pending the outcome of the investigation.

No personal comments by Bibby have surfaced.