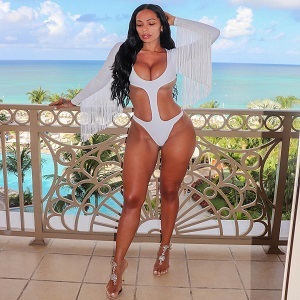 When has Erica Mena ever been one to back down? Especially when the person she loves is involved, Erica Mena is willing to go to war. Not too long ago, Erica Mena was dating Cyn Santana, and Cyn said she fell hard for Erica.

Their breakup was messy and it played out on “Love & Hip Hop,” during season five. In the end, Erica left the show, moving on with Bow Wow, and fading from the spotlight. But, Erica resurfaced, reuniting with a pregnant Cyn on “Hip Hop Squares,” with Joe.

Erica Mena would soon do “Scared Famous,” where she and Safaree first met, eventually becoming a couple. Joe Budden and Safaree were good friends and often hung out, but Erica is now making it a problem, at least on Joe’s end, as he went off on Safaree in last night’s episode. Mentioned, but not shown, Erica called Joe out, on Twitter, accusing him of cheating on Cyn, at Safaree’s house. 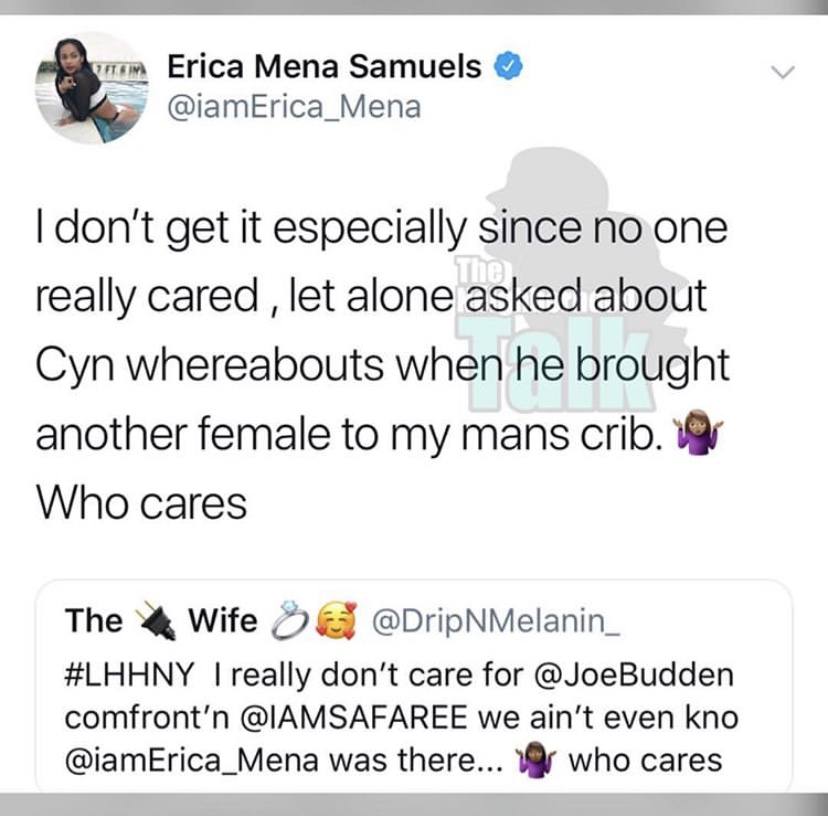 Baby Shark Is Officially A Club Banger! Travis Scott Turns Up To Baby Shark While In The Club
Jordyn Woods Has Officially Been Cut From The Kardashian Family and Their Businesses Following Betrayal