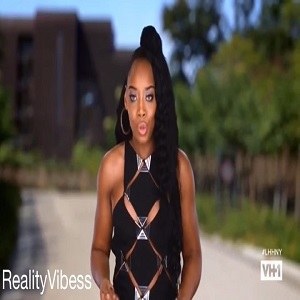 The mighty have fallen, up in NYC, and Yandy is out of time, tonight. In tonight’s “Love & Hip Hop” episode, Yandy opened the show, in the aftermath of her fight with Kimbella. There is no resolution between the two besties, to Juelz Santana’s dismay.

Last week, Yandy had enough, and she decided to leave. Just like tonight, last week, the fans weren’t feeling Yandy, and they all demanded her to go home. Clearly, this week, Yandy did not go home, so she stayed around Kimbella, giving the “stank face.”

Tonight, when Yandy began her usual Kimbella talk, Twitter started going in. Many fans said the same thing, “Yandy is annoying,” and they rant with that. While some were with her on the kid thing, they also said that if she feels so strongly, she should just go home. 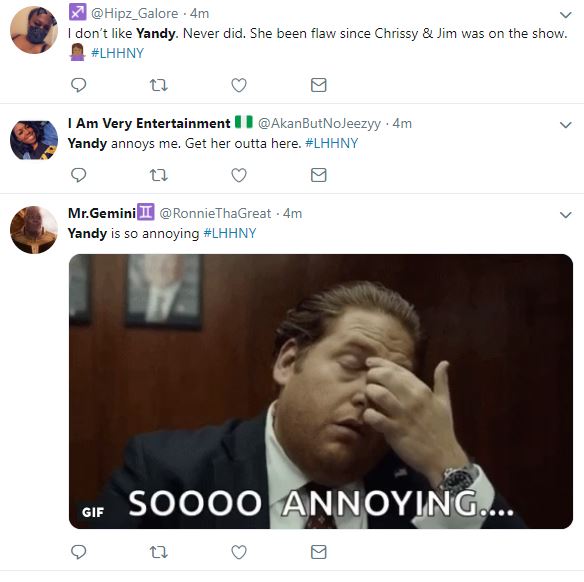 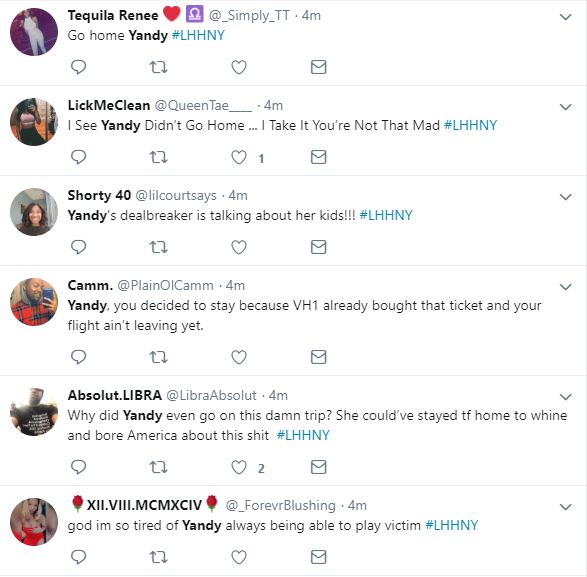 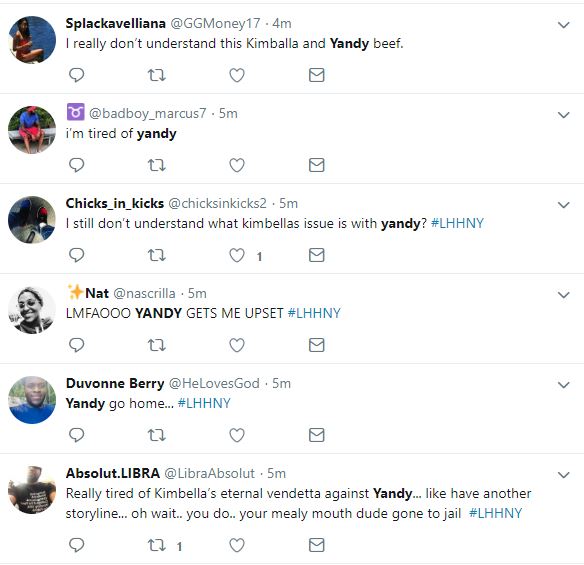 Moniece is indeed done with “Love & Hip Hop Hollywood,” but she isn’t done with the VH1 franchise, joining the “Love & Hip Hop Atlanta” cast, but not dating Scrapp #LHHH #LHHATL
Juju shares video with the #LHHNY girls, in Costa Rica, where Kimbella and Yandy are standing beside each other, acting cool with each other [VIDEO]