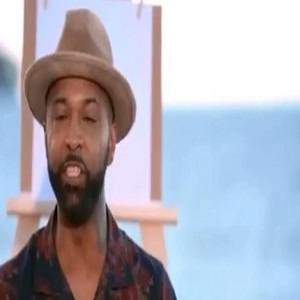 Tonight, Joe Budden reminded people of just why he was considered a “tough guy” during his first “Love & Hip Hop” run. Back then, he was still a rapper, and still putting out music. Now, Joe Budden is “retired” and is now a hip hop commentator, with his podcast, and shows.

Safaree, meanwhile, stepped out from behind Nicki Minaj’s shadow, following their breakup. He found a home at VH1, doing two of the “Love & Hip Hop” shows and “Scared Famous.” It was the latter series where Safaree met Erica Mena, his future wife.

Off camera, Joe Budden and Safaree spoke about Erica Mena, who he is now involved with. As everyone remembers, Erica and Cyn Santana, Joe’s fiancee, used to date, and it was Erica who originally brought Cyn to “Love & Hip Hop.” Joe Budden asked Safaree if Erica was coming, he said no, and then she came, anyway, leading to Joe going off on him, and Twitter is still going in, but on Safaree for backing down to Joe, yet getting up to fight Rich Dollaz. 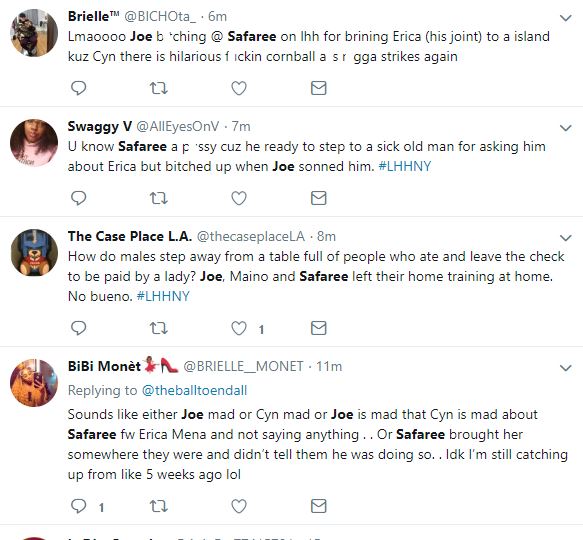 Juju shares video with the #LHHNY girls, in Costa Rica, where Kimbella and Yandy are standing beside each other, acting cool with each other [VIDEO]
Flirt Alert! Meek Mill Has All The Feels For Kourtney Kardashian; Leaves A Freaky Comment On KK’s Instagram