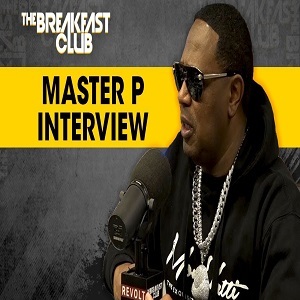 Since 2011, Master P slowly began putting himself back in the spotlight, but most didn’t take notice until 2015. However, in 2012 and 2013, P came back with new music releases. In 2014, Master P offered new singles, and then began working on his film ventures.

Master P went on “The Breakfast Club” and gave an insightful interview, late in the summer of 2015. That interview saw P break down, step-by-step, how he made so much money in the music industry. Since then, anticipation has been high for his biopic.

Returning to “The Breakfast Club,” Master P brought two new artists with him. The trio spoke with DJ Envy and Charlamagne Tha God, with P leading the way, discussing the I Got The Hook Up 2 movie, and the soundtrack. Throughout the interview, P said his new artists are bosses, and he spoke on how he groomed them.

Continue Reading
You may also like...
Related Topics:charlamagne tha god, dj envy, i got the hook up 2, master p, prince hakeem, the breakfast club