Skip to content
You are here
Home > Hip Hop News > Ella Mai gets dragged by ONE FAN, after she says the current state of R&B is “beautiful,” and this non-Ella Mai fan’s tweet goes viral [PHOTO] 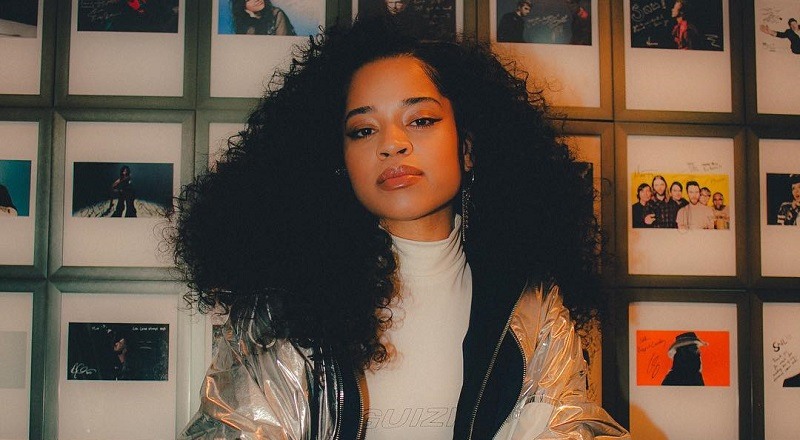 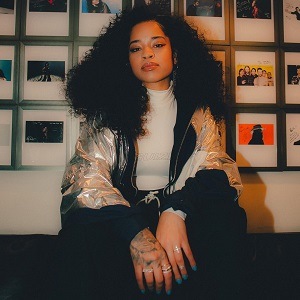 One of the first signings DJ Mustard made was Ella Mai, when he launched his 10 Summers label. Right away, she got to work, and one of her first major label songs was “Boo’d Up,” a song that came and went, in 2017. Thank heavens for the internet, though.

“Boo’d Up,” despite being a year old, ended up becoming a hit in 2018, one of the biggest of the year. The song seemed like it would never fade away, only getting bigger. Eventually, Ella Mai proved to be a two hit wonder, as “Trip” took over radio during the fall.

Ella Mai is at the top of the R&B game, but most critics say there isn’t much competition. However, Ella Mai is young and she’s winning, plus thankful, so she’s happy in the moment. But, when she said the current state of R&B is “beautiful,” one fan came for Ella Mai, and came back with her whole body… dragged.

Read the tweets between Ella Mai and the fans below: 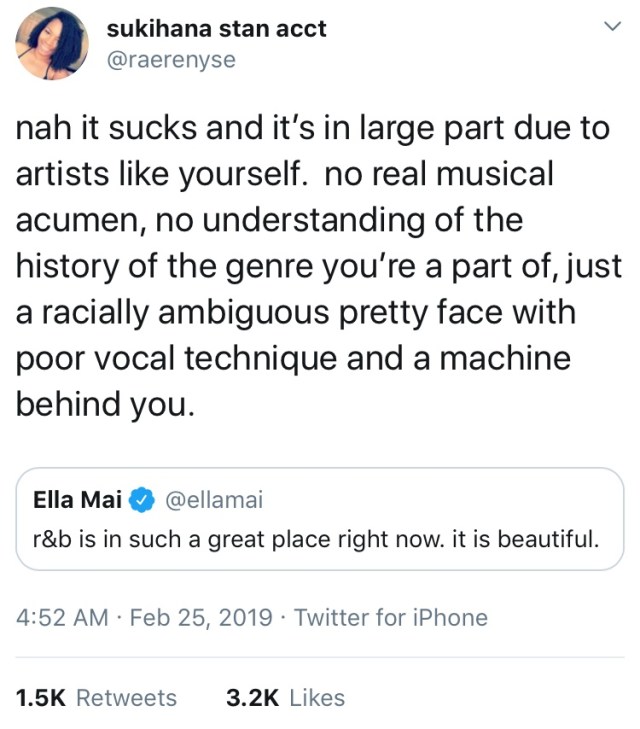