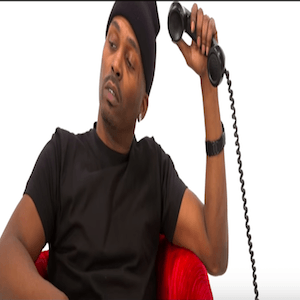 Drag-On continues to put on for the Boogie Down Bronx where Hip-Hop was born! His lyrical precision, transparency, style, and bravado comes from the legendary NYC borough to showcase a culture of truth. His unapologetic bar for bar, hard hitting freestyles tell a true tale of the streets that raised him along with a narrative that raises the streets.

The multifaceted rapper became a force to be reckoned with when he emerged onto the music scene in 2000, as one of the original artists signed to the renown Ruff Ryders Entertainment imprint. Solidifying his place as a successful Hip-Hop artist in this industry, the Bronx spitter released his debut album Opposite of H2O. His debut project quickly climbed the charts landing at #5 spot on the Billboard 200 chart – selling over 500,000 copies and earned a Gold certification from the RIAA.

Not only is Drag-On a lyricist, he was inspired and committed to presenting raw talent so that kicked off the birth of his own label called, Hood Environment which he launched in 2014 along with a website where he released a series of freestyles and mixtapes. It’s crazy because life is a movie, literally – so refusing to be limited to his achievements, aside from music, he extended his talents and took on acting. He was featured in When The Tables Turn (2019) alongside Felicia “Snoop” Pearson (The WIRE) a follow up to his previous roles where he appeared in the 2001 film Exit Wounds and the 2003 Cradle 2 the Grave, both of which stars his then-Ruff Ryders label-mate DMX.

In 2019, the BX native’s latest offering comes in the form of more new music! Set to drop in the spring of 2019, The Truth of the Matter EP, promises to deliver the classic street tales with the coming of age evolution of an artist and entrepreneur that’s true to the game. Kicking off the year with the Barz On Fire 3 mixtape which dropped January 4, 2019, is already framed as #BOF3 by a loyal “fanbase” that look forward to the consistent and thorough presentation that Drag-On is hailed for delivering.

Moving forward, Drag-On wants to pursue more acting roles and focus on hitting the big screen! There’s more to Drag-On than the fire we hear him spit behind the mic, he is a wildfire that refuses to be extinguished and we are prepared to withstand the heat!

Give Drag-On’s “Barz On Fire 3′ a listen below.