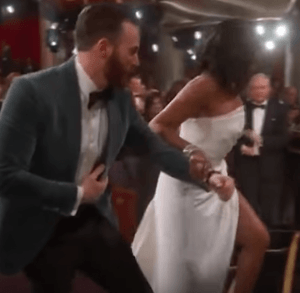 It appears that Captain America actor Chris Evans has brought chivalry back from the dead at the 2019 Oscars. Even without being nominated for any awards, Evans has managed to capture the hearts of many fans online after performing a sweet gesture for Regina King. As King was on her way up to accept her award for Best Supporting Actress, it appeared that she was about to have some wardrobe malfunction. However Chris Evan comes to the rescue, being a gentleman and helping Regina King up some steps. Twitter fandom went into a frenzy with many calling Evans a sweetheart and a class act.

And if that wasn’t enough, Evans also showed some Marvel love with a pre-congratulatory fist pump when he saw that Black Panther’s Hannah Beachler won the Oscar for Production Design.

Check it out here below. 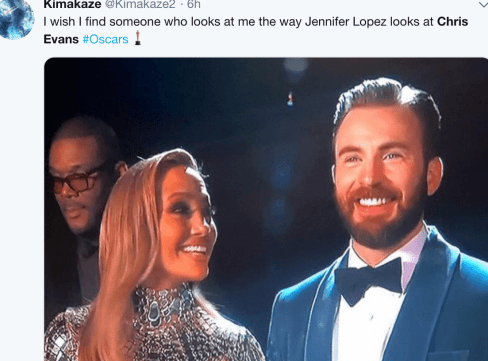 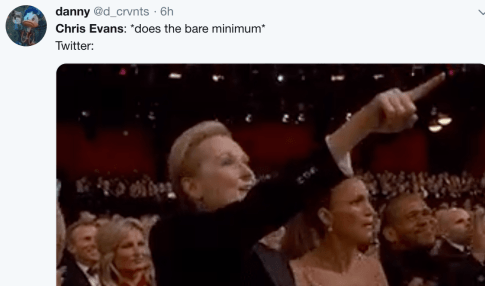