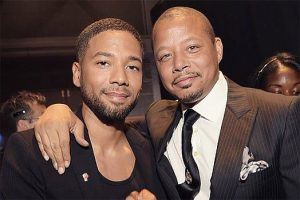 Terrence Howard has finally broken his silence surrounding the attack and arrest of his ‘Empire’ costar, Jussie Smollett.

He posted a throwback video of Jussie playing with his child and captioned the photo “All your lil homies got you… we love the hell outta you ❤️.”

A fan commented on the post saying they lost respect for Terrence for still supporting a “lying felon.” Terrence defended Jussie as he said “sorry you feel that way but that’s the only Jussie I know. The Jussie that I know could never even conceive of something so unconscious and ugly. His innocence or judgement is not for any of us to decide. Stay in your lane and my lane is empathy and love and compassion for someone that I’ve called my son for 5 years. It’s God’s job to judge and it is ours to love and hope, especially for those that we claim to have loved. There’s nothing more harmful than a fake friend! Real talk.”

Terrence is choosing to stand by his friend through this entire ordeal. We still have yet to get to the bottom of everything, even after Jussie was arrested and charged for filing a false police report. Hopefully, the truth will soon come to light. 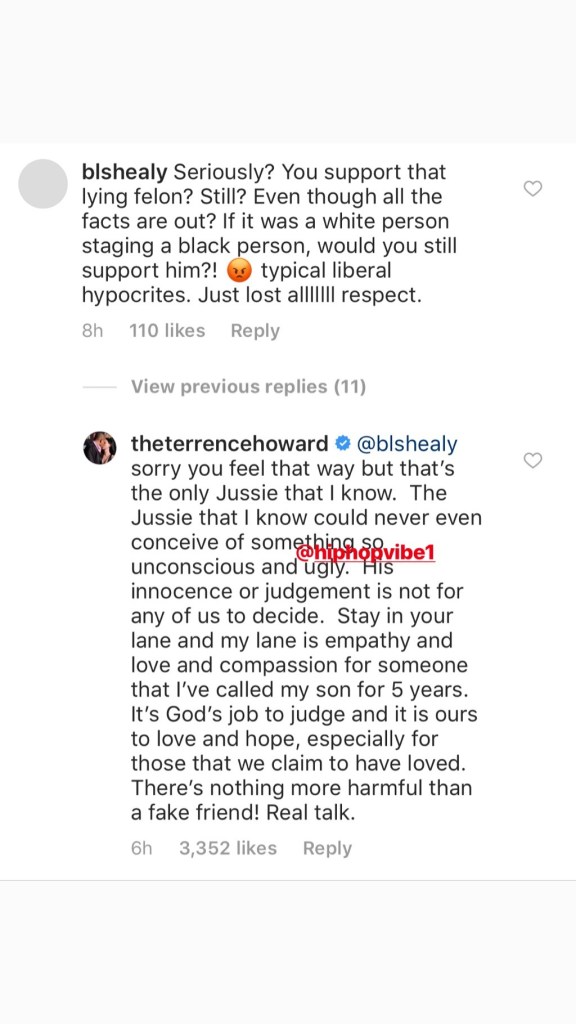 Ja Rule is DONE DONE! Rapper performed at Milwaukee Bucks’ 90s night, and asks the crowd “Are we ready?” twice, to no response, before saying “I guess not…,” dropping the mic; Twitter is going in
Tyga Dragged Out Of Floyd Mayweather’s BDay Party After Allegedly Getting Into an Altercation With Someone [VIDEO]