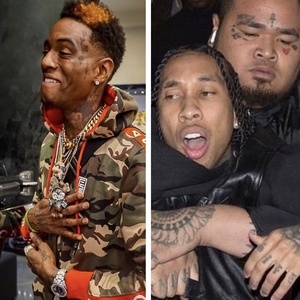 Tyga got kicked out of Floyd Mayweather’s birthday party last night after an altercation with someone on the red carpet. He went on to try to reach for his security guard’s gun and was ready to let the choppa spray.

Soulja Boy has been dragging Tyga publicly since last month and this latest incident was the perfect time to keep it going. He posted a photo of Tyga being dragged of of the party with the caption “Tyga!?” Soulja used his confused voice the way he did when asked about Drake on The Breakfast Club.

Soulja Boy said he had the biggest comeback of 2018 but Tyga is in that conversation as well as he put out his hit single “Taste” featuring Offset. Him being dragged out of Mayweather’s party was probably the best thing that had to happen last night because he could’ve easily thrown everything away if he let those shots off.

Check out Soulja Boy trolling Tyga along with footage of the incident from last night below, courtesy of TMZ. 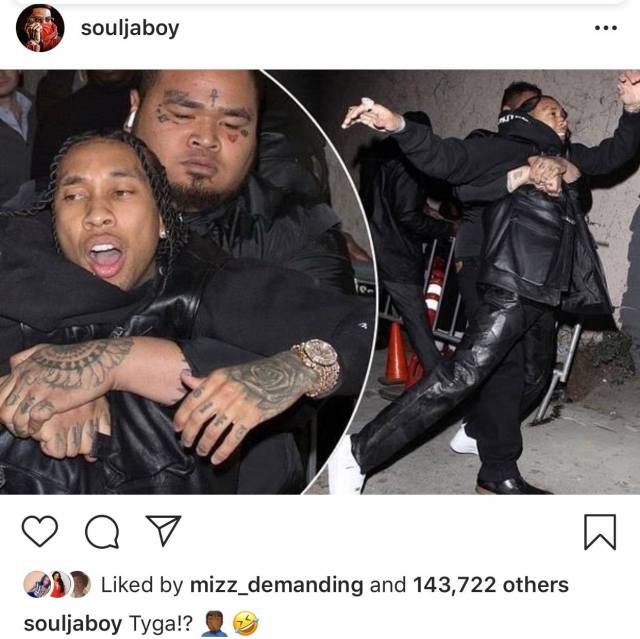 Tiny is pregnant, according to internet gossip, with her fifth child #FamilyHustle
Sherri Shepherd pretends to be Octavia Spencer at the airport lounge! LOL [VIDEO]