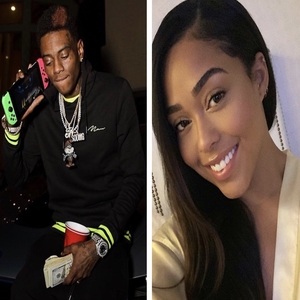 Kylie Jenner’s best friend Jordyn Woods is caught in the middle of the drama as information has been coming out about her being Tristan Thompson’s side chick as he cheated on Khloe Kardashian. Thompson is also said to have participated in sevensomes.

Where Jenner and Woods stand in their friendship as of now is unclear. They’ve been close friends for years. An interesting development now as to what other celebrities Woods has messed with is getting crazy.

A fan told Soulja Boy on Twitter that Soulja wishes he could get Khloe Kardashian or Jordyn Woods. In response, big Soulja confidently replied that he “been had that” in regards to Woods. Soulja has been getting a lot of clout lately and has regained his buzz again after saying he discovered artists such as Chief Keef and Famous Dex and taught Drake everything he knows so Woods could’ve definitely showed him some interest.

It’ll be interesting to see if Woods responds to Soulja’s claim. Check out his bold statement on Twitter below. 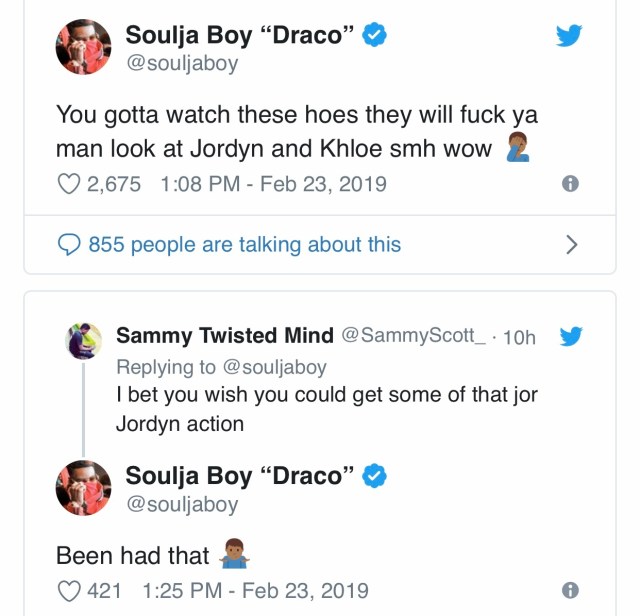 YG Says Post Malone Still Owes Him $20,000 From Cowboys-Rams Playoff Game Bet
Ja Rule is DONE DONE! Rapper performed at Milwaukee Bucks’ 90s night, and asks the crowd “Are we ready?” twice, to no response, before saying “I guess not…,” dropping the mic; Twitter is going in