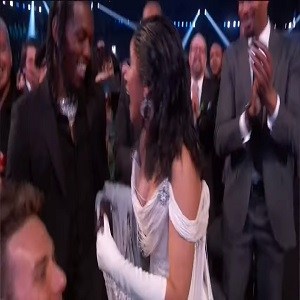 A wedding is the most beautiful thing that can happen – also, when it comes to celebrity weddings, the fans might be just as happy as the couple that’s getting ready to get married.

And, as the new year has long-started, we think it is the time for us to do a recap of what’s happened recently and of what’s about to happen as a result of what happened, if you know what we mean.

In short, we’ll talk about the celebrities that are getting married in 2019 – some of them have just recently got proposed to, while others knew a long time before that that one special day is now much closer for them. The ones photoed above, Cardi B and Offset, wed in 2017, but recently got back together.

So, let’s see which the best celebrity weddings of 2019 are!

Quite unexpected, right? Well, the two lovebirds just announced that they got engaged, on the 14th of February 2019 – right in Valentine’s day. They did so by posting a post on Instagram, featuring the two and, naturally, the engagement ring.

The ring is a 4-carat vivid pink diamond oval-shaped one, surrounded by eight white diamonds, probably to resemble a flower in bloom – pun intended. Even though they didn’t officially announce the wedding, it is highly likely that it is going to happen this year.

Josh Dun, who you may know if you casually listen to Twenty One Pilots, has offered more than just a Christmas present to his now-former girlfriend, so to say. Yep, that’s true – an engagement ring.

After all, they have been dating since 2013! However, the question remains – will they walk down the aisle this year? We certainly hope they do.

Even though they’ve been engaged for a long time, they’ve only made this thing public back in October 2018, at Elle’s Women in Hollywood event. Now, the only thing we are expecting from the two is for them to get married in 2019.

It is well known that Lady Gaga is a busy woman, so this may take a while – moreover, she mentioned that she wants her wedding to be hugely elaborate; therefore, we can expect to see something impressive.

While they didn’t officially announce their wedding, Sansa’s sister, young lady Arya Stark – as in Sophie Turner and Maisie Williams -, has announced her bridesmaid status.

Therefore, we think it’s safe to assume that they are going to tie the knot this year – moreover, given the fact that Joe’s brother has recently married Priyanka Chopra, we can expect the latter to be a part of this wedding and expect it just as much as we do.

These were only a few of the celebrity weddings that are going to take place – or we hope to take place – this year. They might not be all, but they are certainly the best and we just can’t wait for them to finally happen.
Also, if you think of tying the knot this year as well and are close to our location, you know who to rely on for an eternity ring in Hatton Garden. Just pay us a visit and make your dream wedding – or engagement – come true.