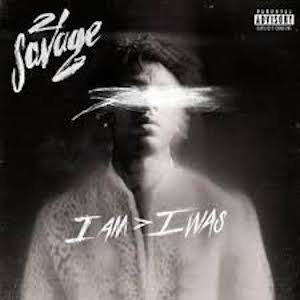 21 Savage turned himself in to police this weekend after a warrant from 2016 was found to still be active. He supposedly skipped out on a 2016 concert that he was supposed to perform at as he pocked $17,000 upfront money and flaked. 21 is also dealing with ICE and their attempt to try to deport him back to the U.K. Hopefully 21 works this out as he’s had a pending visa since 2017.

Even with these challenges, 21 is still seeing success with his second album “I Am > I Was” that dropped in December. It has now been officially certified gold. This project is headlined by the hit record “A Lot” featuring J. Cole.

21 Savage still claims that ICE definitely targeted him in his recent interview on Good Morning America. It is very suspicious that they’re just now going after him after all these years. He’s done international shows and they haven’t made his visa an issue until now. He will still win with his music regardless though. I Am > I Was could definitely go platinum.
https://www.instagram.com/p/BuAafeCni0G/?utm_source=ig_web_copy_link

Continue Reading
You may also like...
Related Topics:21 savage, i am > i was, j. cole

Avant is actually suffering from Lupus, according to reports, which is the reason for his dramatic weight loss
J.Cole Gives Memorable Halftime Show Performance At 2019 NBA All-Star Game and Reps The Charlotte Hornets