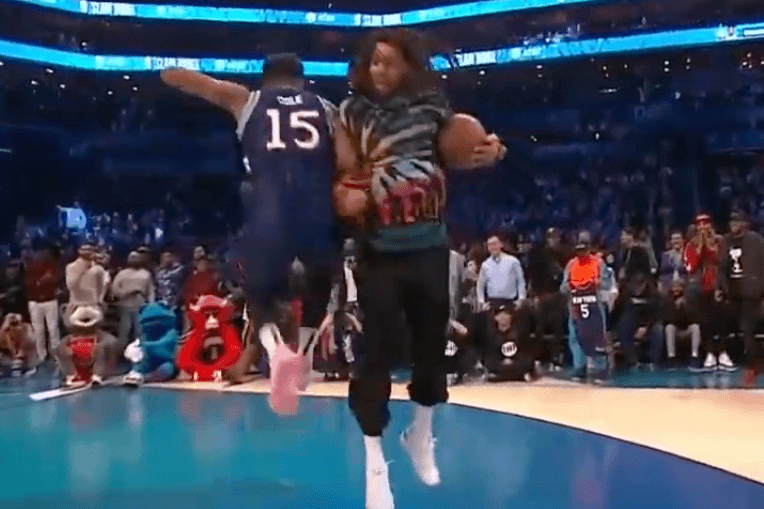 Knicks player Dennis Smith Jr. brought out all the stops for the NBA All Stars dunk contest. In the first round Smith got the crowd excited when he enlisted the help of fellow North Carolina native J. Cole.

This mash up of a rapper and basketball player didn’t just happened because of coincidence. Dennis Smith Jr. and J. Cole are both from Fayetteville, North Carolina. Cole has given Smith props and words of encouragement on numerous occasions, most notably in his recent verse on 21 Savage’s “A Lot’ record. So it was sweet poetic justice for Smith Jr. to include Cole in his dunk attempt, and have them both represent their hometown. Smith, in his own way, paid respects to J. Cole by wearing his high school jersey.