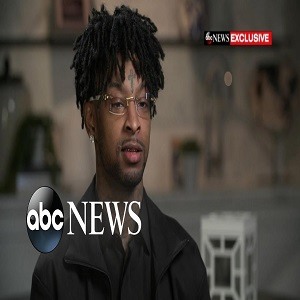 Since 2015, 21 Savage has been one of the biggest names in hip hop, posting several hits. Particularly, since 2017, he has released a long string of hits. In the middle of this, 21 Savage dated Amber Rose, ending that in 2018.

Currently, 21 Savage has his single, “A Lot,” featuring J. Cole, dominating radio. The song contains a lyric, where 21 Savage calls out the current border situation. Days later, 21 Savage found himself in custody of ICE, who revealed he was born in England.

21 Savage faced a whirlwind week, finally being released by ICE. His first move, after reconnecting with his kids, was to do an interview with “Good Morning America.” The Atlanta rapper confirmed being born in England, but said he’s been in the US since he was 7, and that he always knew he wasn’t born here, but is from Atlanta.