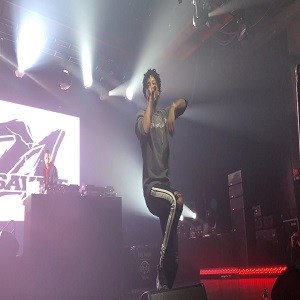 A few years ago, 21 Savage blew up on the mixtape scene. His rise coincided with the streaming wars and 21 Savage quickly made himself a household name. However, 21 Savage’s rise to fame was aided by his pursuit of Kylie Jenner.

During the final days of Kylie and Tyga’s romance, 21 Savage tried coming between them. This led to Tyga and 21 Savage having beef, for a short period of time. Since then, they split, 21 landed Amber Rose, they split up, and Kylie got with Travis Scott, becoming a billionaire.

21 Savage is currently facing bigger problems than simple relationship drama. Now, the Atlanta rapper has been detained by ICE, being accused of being in the US, illegally, and is a UK native. The rapper spoke out, saying he believes his new single, “A Lot,” led to ICE targeting him, because he dissed them on the song.

Kimbella blasts Yandy, again, says everything she does is for social media, and accuses her of working with the inmates and adopting the child to be all because of her #LHHNY [PHOTO]
The Game continues tirade against Tomi Lahren, sharing before and after pics of her, before her alleged plastic surgery [PHOTO]