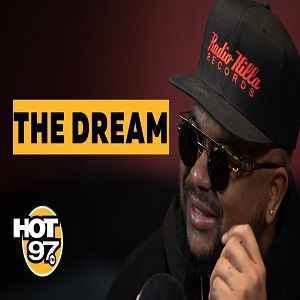 In 2007, The-Dream came from behind the scenes, where he penned hits for many of R&B’s biggest names, to claim the spotlight for himself. Though his run on top was brief, The-Dream came with straight hits. A lot of his records, from 2007-2009, are regarded as classics.

The-Dream refocused his energy on business, not too different from his onetime label boss, Jay-Z. While still a star, The-Dream has retreated back behind the scenes. This time has seen him continue to work on projects from Jay-Z, Rihanna, Kanye West, and Beyonce, among more.

Recently, The-Dream stopped by Hot 97, where he sat down with the whole Ebro crew, Peter Rosenberg, and Laura Stylez. During the interview, he spilled the beans about Beyonce’s upcoming album. He also spoke on Rihanna, Kanye West, Drake, and the “king of R&B” discussion.