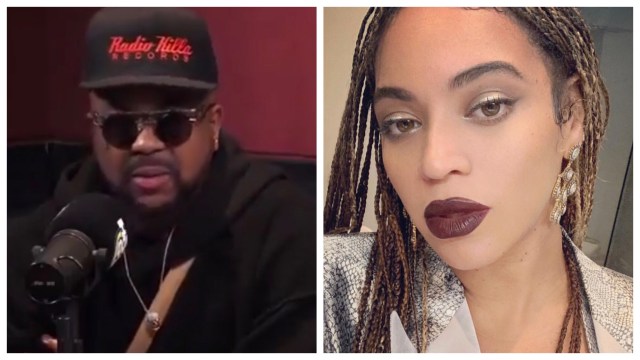 Ladies, secure those edges! Beyoncé is working on new music, according to The Dream.

He stopped by ‘Ebro In The Morning’ and spilled a little tea on Beyoncé working on a new album.

Ebro: Beyoncé? Has Beyoncé called now that the holidays are over and she’s done touring?

Ebro: So the phone rang, you guys exchange pleasantries, did she…?

Dream: I actually haven’t talked to her about it. Umm, I’ve talked to the team about it because it’s kind of just being coordinated, umm, but she’s doing something.

The-Dream confirms Beyoncé is working on her next project. 🐝 pic.twitter.com/ogVDp9Ubc6

Continue Reading
You may also like...
Related Topics:Album, beyonce, Confirms, ebro in the morning, the-dream

Tory Lanez Is Ready For Battle and Has A New Target On His Radar! This Time The ‘Chixtape 5’ Rapper Says “NOONE DUCKING EMINEM”
50 Cent clowns Teairra Mari and Wendy Williams, posting before and after #10YearChallenge pics of the ladies, saying “they started with me” [PHOTO]