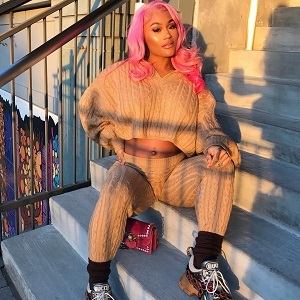 Everything going on between Lira Galore and Pee has been an absolute reality show. Pee is Pierre Thomas, the head of the QC label, home to Migos, Lil Yachty, Lil Baby, City Girls, and the management firm of Cardi B. But, Pee has faced some pretty big accusations.

While he and Lira Galore were engaged, Pee was rumored to be openly dating Yung Miami, of City Girls. Then, there are the reports of him getting Kaylar Will pregnant. As that news was growing, Pee revealed that Lira Galore was also expecting his child.

Because of Pee revealing her pregnancy, Lira Galore then confirmed the rumors. Apparently, she and Pee have worked things out, and are back together. A couple of days ago, a fan replied to Lira Galore’s tweet, saying some women are proud to be a “baby mama,” and Lira told her she’s a “whole fiancee.”

Read the tweets between Lira Galore and the fan below: 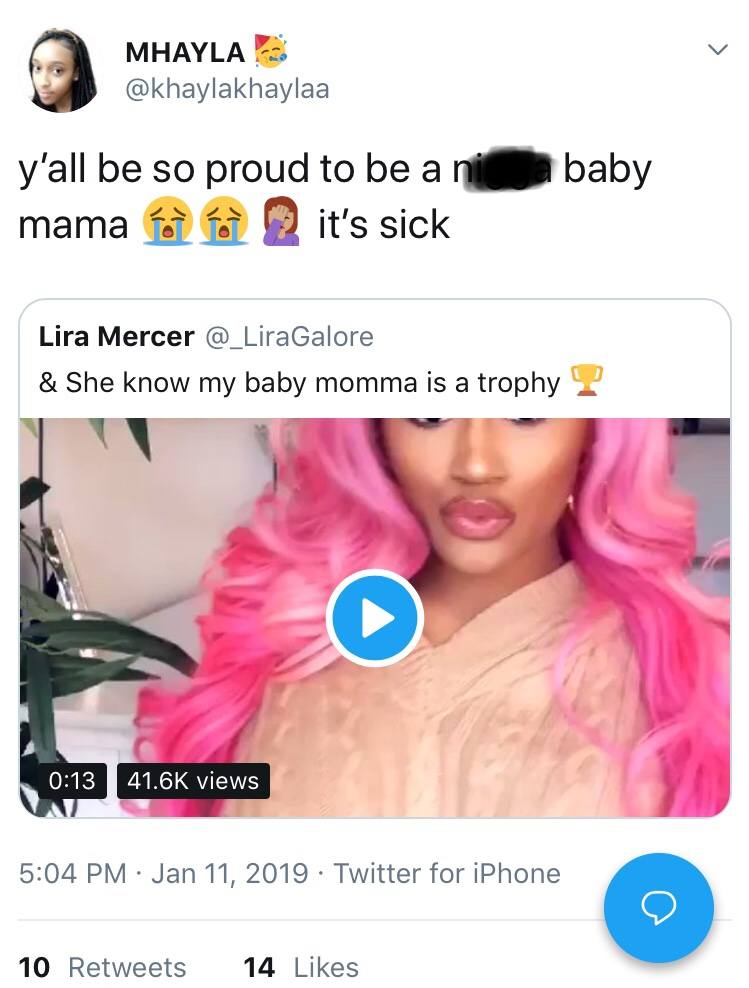 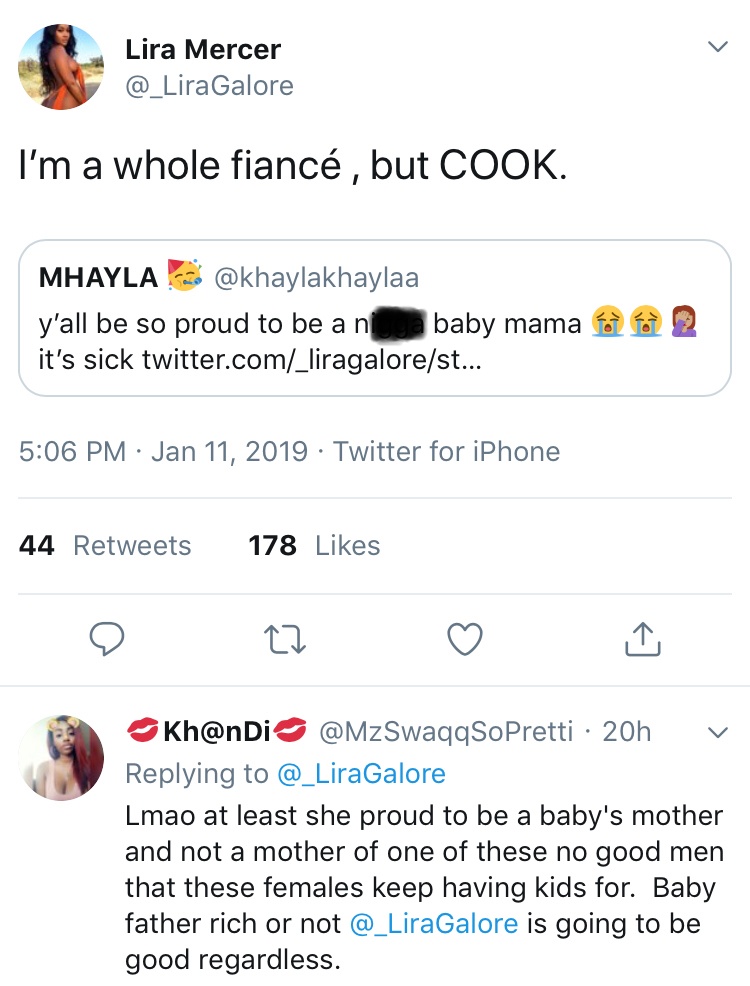 Alexis Sky fight with Blac Chyna really did happen, as footage shows Chyna running, as Alexis Sky chases her #LHHH #LHHNY [VIDEO]
French Montana Tweets an Apology After Saying That R. Kelly Should Be Able to Enjoy His Legacy: “Let me be clear, my heart is with the victims” [VIDEO]