Journalist, Touré, is most known for his interview with R. Kelly, when he asked the singer did he like teenage girls. He also recently spoke out about R. Kelly again on the recent Lifetime documentary, “Surviving R. Kelly.” But it seems like he may know more about sexual assault then we know.

A make up artist by the name of Dani, has spoken out about Touré’s involvement in the recent documentary. This week, Touré, appeared on the Mouse Jones podcast to talk more about R. Kelly. Dani let everyone know about Touré sexually harassing her on the podcast’s now-deleted IG post. 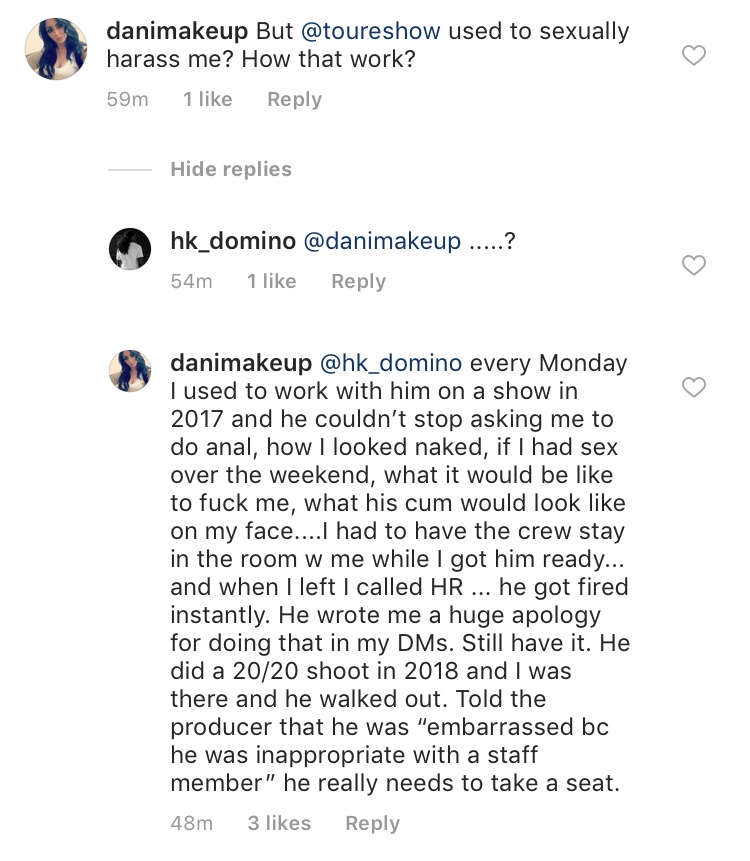 Dani then shared her dm convo with Touré with Essence. In the messages, Dani says “I’m surprised your speaking out! I’m sure I’m not the only girl you have verbally harassed! You’re lucky that I know how to say go f*ck yourself with a smile and I’m not going to say anything about how many times you asked me to have sex or asked how it would be to have w me. A few other people I know said the same thing about you. Be careful out there….!”

Touré then responded “I love you. I was always kidding! But I’m sorry. I was being stupid. I should’ve kept my mouth shut.”

Should someone accused of sexual assault be on documentaries giving insight about someone else sexually assaulting young girls?In the wake of the #MeToo movement, ain’t nobody safe. Men who thought they were getting away with murder, are being put on blast one by one.

Take a look at the direct messages between Touré and Dani below. 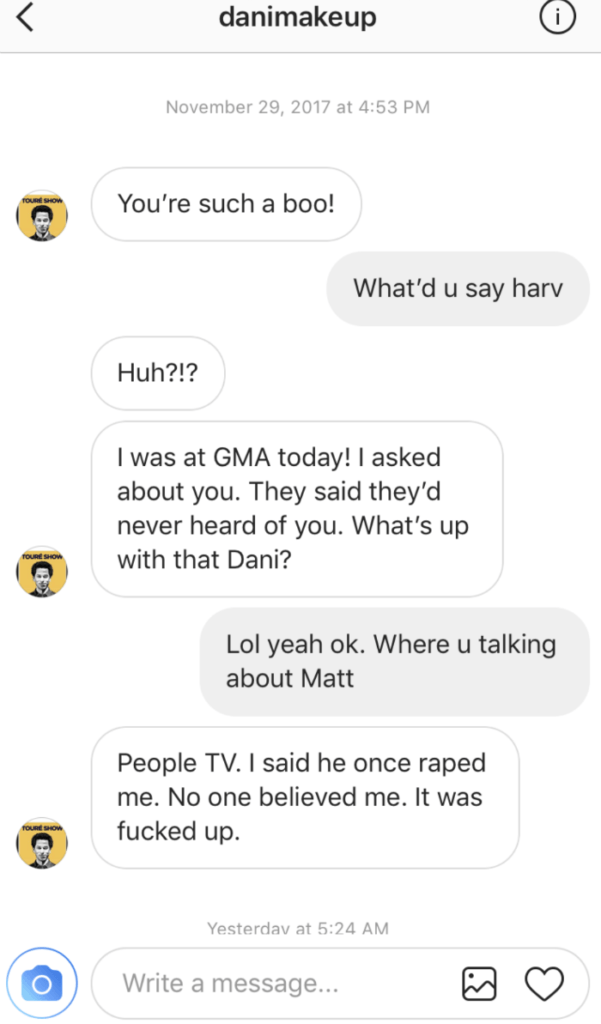 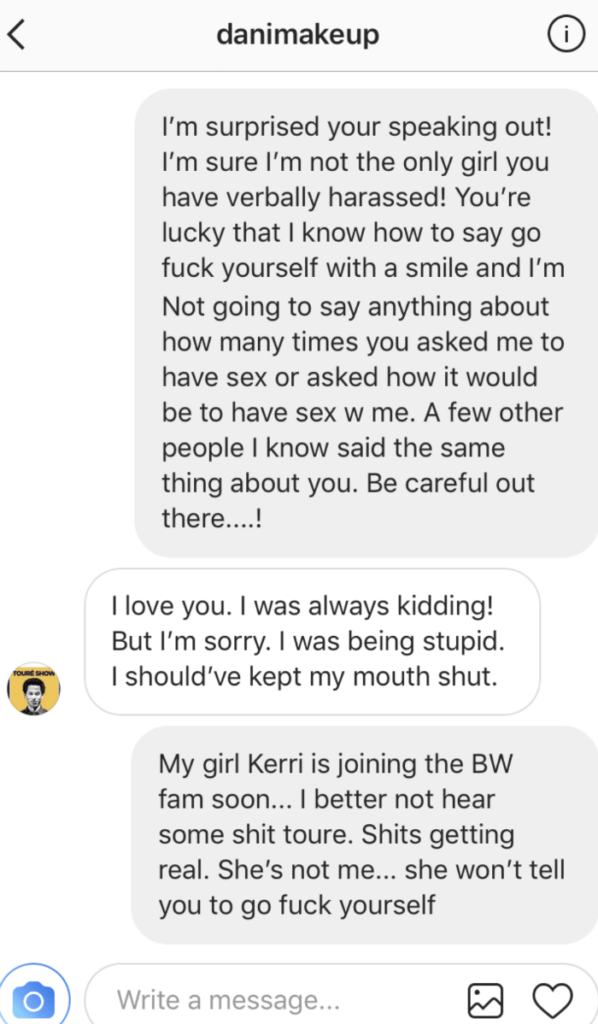 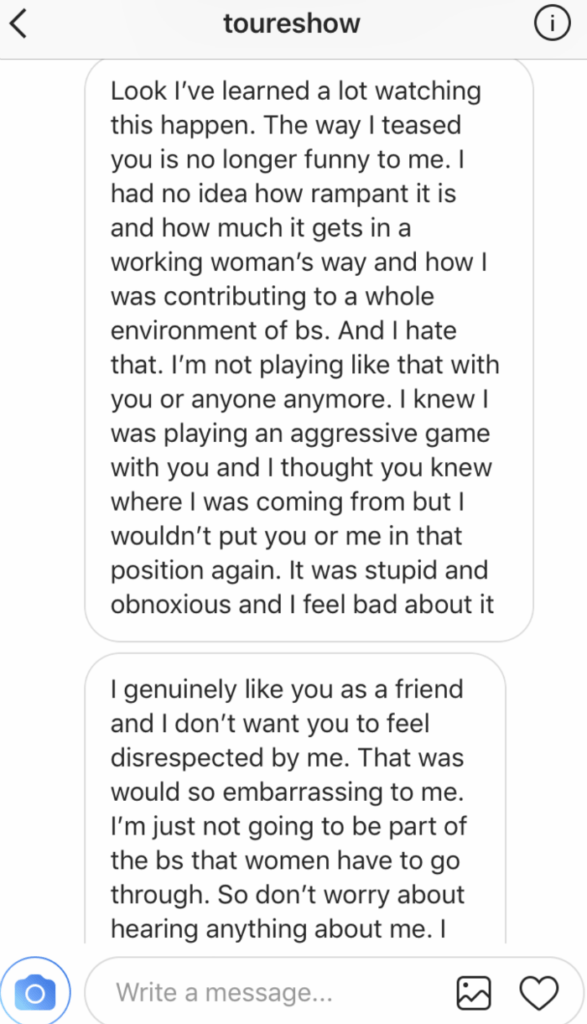 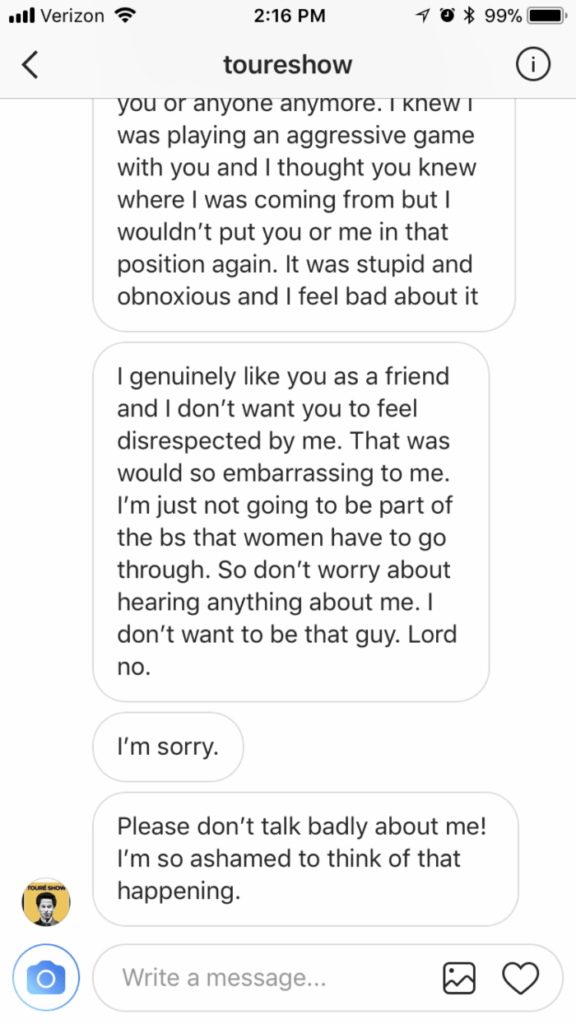 Lady Gaga Vows to Remove Her 2013 Duet With R. Kelly From Music Platforms; Says She’ll Never Work With Him Again
CANCELLED! Terry Crews Cancels His Appearance on The Touré Show After News Surfaced That Touré Sexually Assaulted a Former Coworker