Skip to content
You are here
Home > Articles > Yikes! Sky’s Son, Genesis, Says He and His Mom Don’t Speak; He Agrees With Fan Saying She Only Used Them on the Show For a Storyline #BlackInkCrew 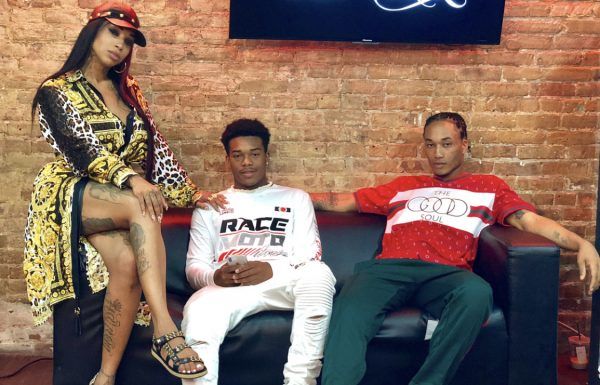 It looks like things won’t ever work out between Black Ink Crew’s Sky, and her son, Genesis.

Fans recently went on his brother’s page to ask were they still in touch with their mom. Genesis replied “keep me outta dat sh*t b*tch I only do datt sh*t 4 a baggg👿.”

Another fan said “she used them for ratings, not the other way around. You all should ask her sons on IG, why she didn’t give Dez a b-day shout-out, why she didn’t post Genesis’ music on her IG, etc. She used those boys for a storyline, even making up lies about them, then discarded them when they didn’t fit her made-up narrative.” Genesis agreed with the fan placing clapping emojis to show that he applauded her statement.

Do y’all think Sky used her sons for a storyline? 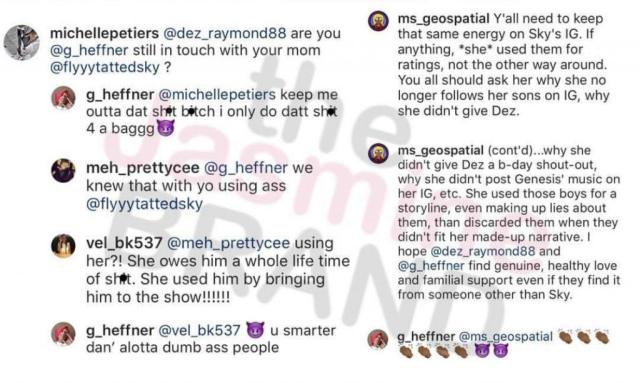