Skip to content
You are here
Home > Hip Hop News > Diddy gets ROASTED on Twitter, as he posts Cassie on IG, and she turns around and posts herself kissing her “mystery man,” now revealed to be Alex Fine, and he was Diddy’s trainer? 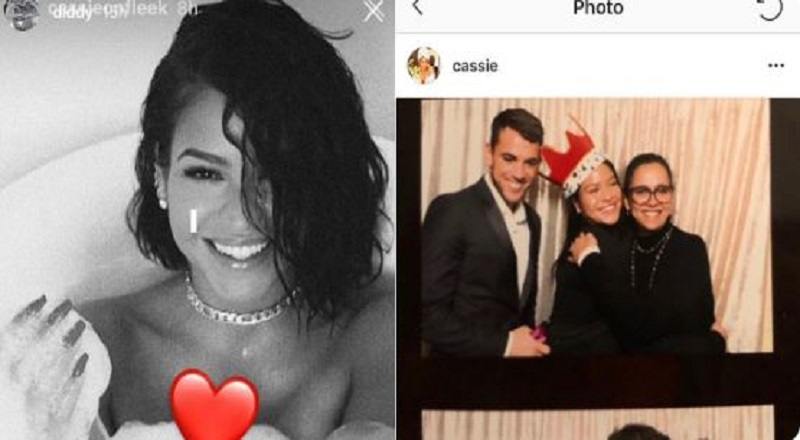 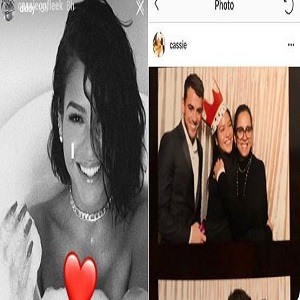 Alexa, play “You Gets No Love” by Faith Evans.

Early last month, Diddy dealt with the death of Kim Porter, uniting both his family and the family of Al B. Sure! for their children. Quincy, Christian (King Combs), Chance, and D’Lila Combs lost their mother. A lot of people were shocked with her sudden death.

Diddy, who has been dating Cassie, his Bad Boy artist, for years, was heartbroken. Several times, he mentioned Kim Porter being the love of his life. While he was grieving, many people said he was being disrespectful of Cassie, his current girlfriend.

In the middle of all of that, Cassie was reported to have broken up with Diddy. However, the two were soon back together, so it seemed. This afternoon, Diddy posted a photo of Cassie, in the bathtub, with a heart emoji, and she responded showing herself kissing another man on IG.

Social media sleuthing has identified this man as Alex Fine, a fitness trainer. The fans on Twitter are roasting Diddy, but questioning if this man isn’t also Diddy’s trainer… WOWW (Gucci Mane voice).

Read the tweets about Diddy and Cassie below: 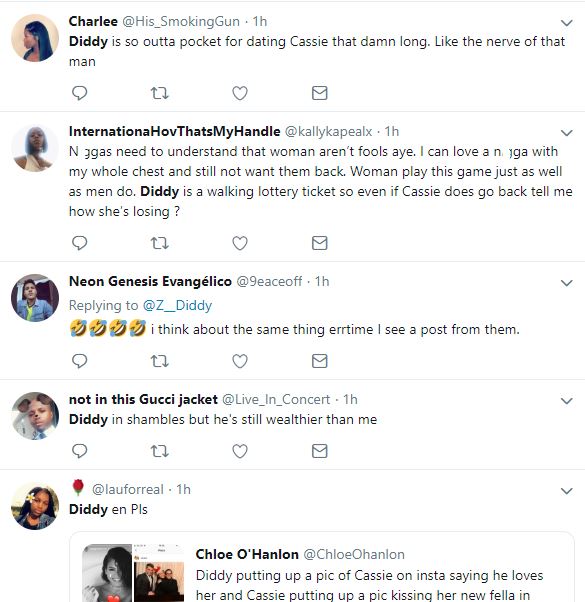 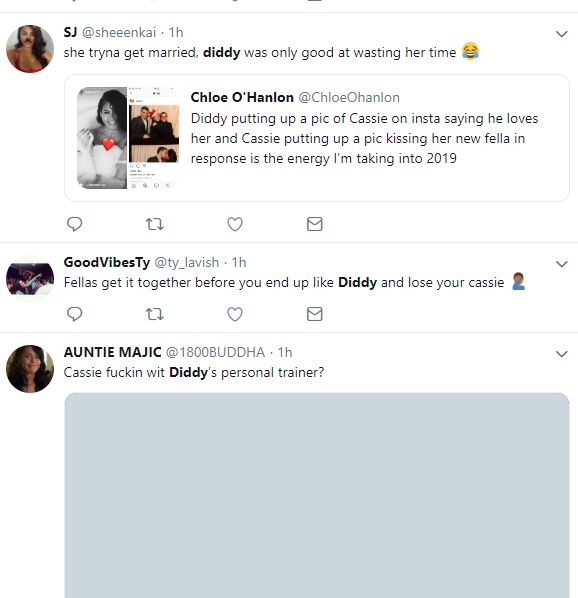 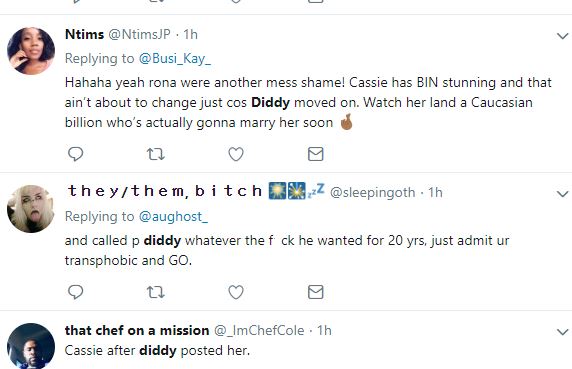 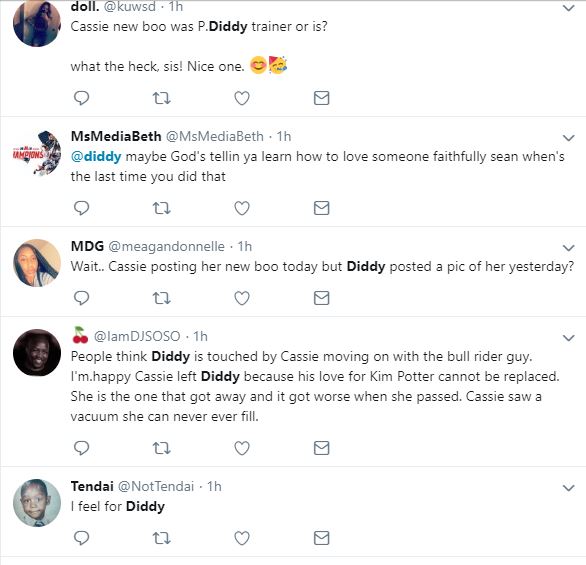 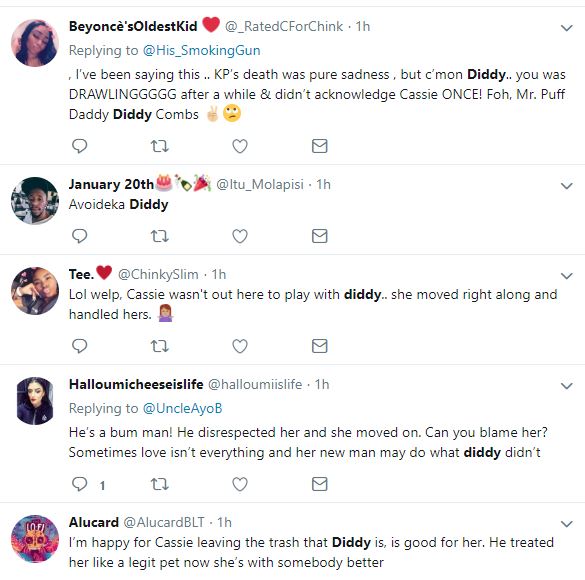