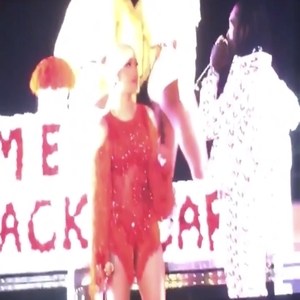 Cardi B, since then, has continued to throw shade Offset’s way, changing the “Motorsport” lyrics to reference a divorce. But, there were some who felt all of this was for show. Still, Cardi B maintained that she was leaving Offset, but she still loves him.

At Rolling Loud, Offset tried to win Cardi back, and most thought it was a stunt, until Cardi B turned him down. She told the fans to not insult him, but she is still done with him. After saying she misses the “D,” Cardi is now spotted on a jet ski with Offset in Puerto Rico, but the photo could possibly be old.

See the photo of Cardi B and Offset here.