Skip to content
You are here
Home > Hip Hop News > Crissy, of Domo and Crissy, gets put on blast by Domo, after diss track, who says Crissy mistreated her through their entire pregnancy, and she has every right to keep Wick from her, as she never did the adoption, and Twitter takes sides 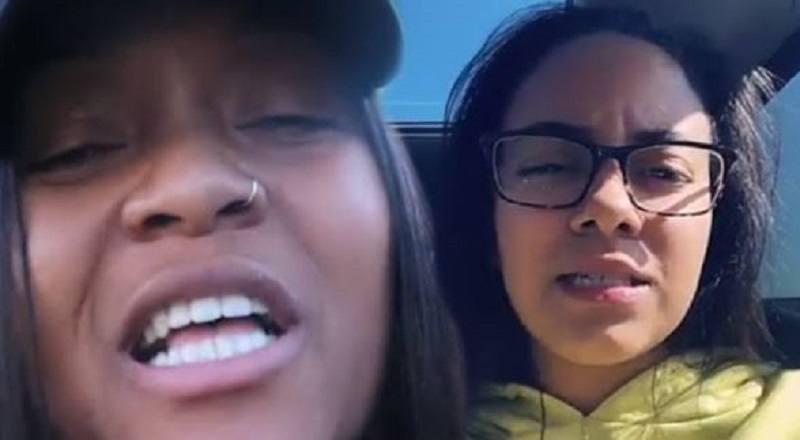 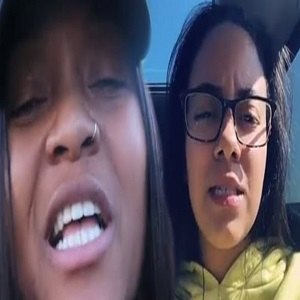 Between Domo and Crissy, things went from 0 to 100 at a real rapid pace. These two found love and created a YouTube series that built an incredibly large fan base. Then, a few months ago, they broke up out of nowhere.

Since then, there have been rumors of cheating and mistreatment. All the different rumors of friction have led to tons of subliminals. But, last night, an actual diss track dropped, as Domo dissed Crissy, and it went viral.

Domo has now taken to Twitter to further put Crissy on blast. Saying she has receipts, the fans on Twitter are taking sides. Now, people are questioning why she wants to keep her baby, Wick, from Crissy, and they are debating it on Twitter.

Read the tweets from Crissy about Domo and the fans below: 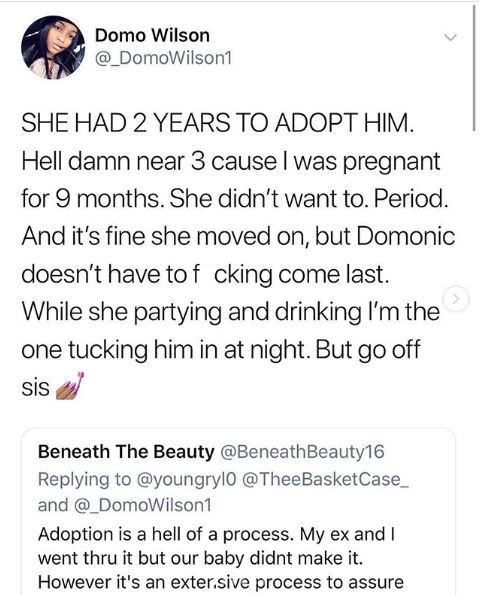 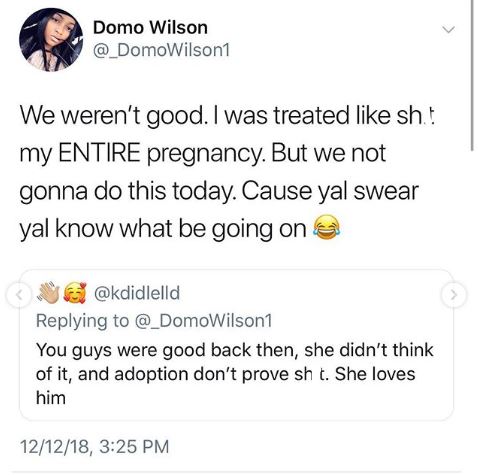 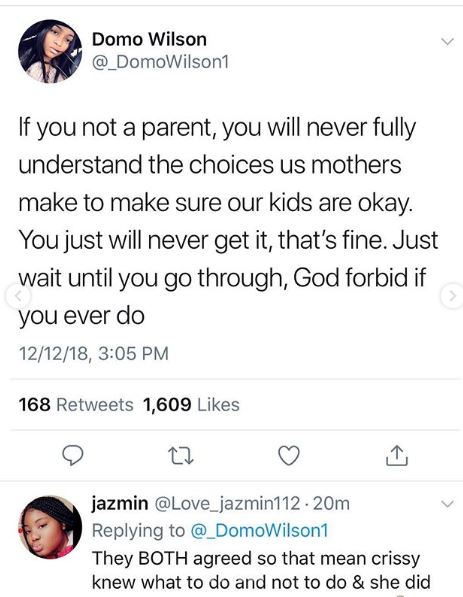 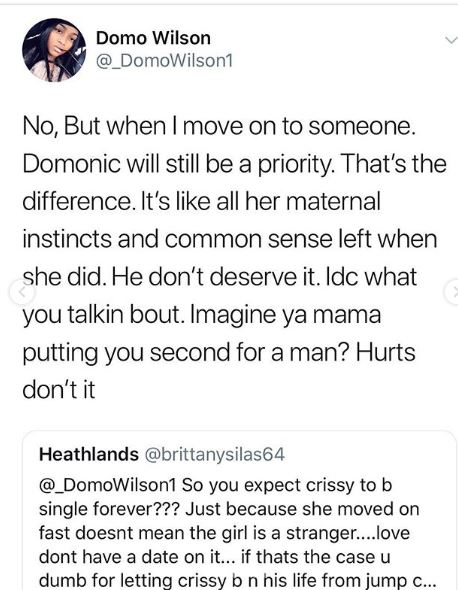 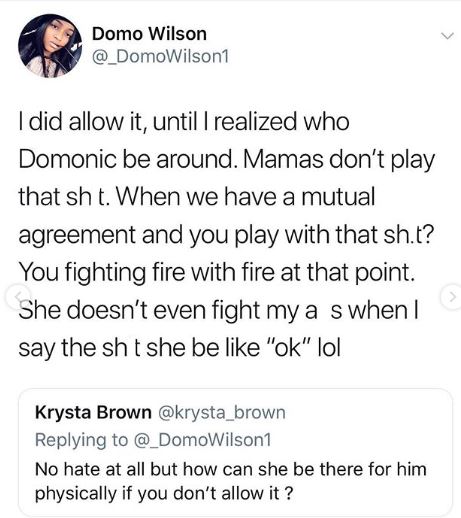 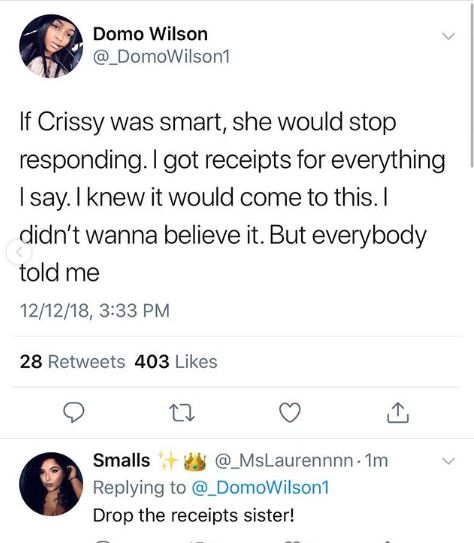 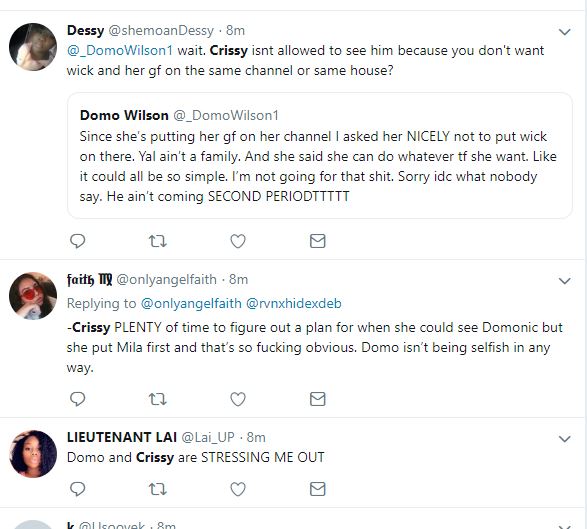 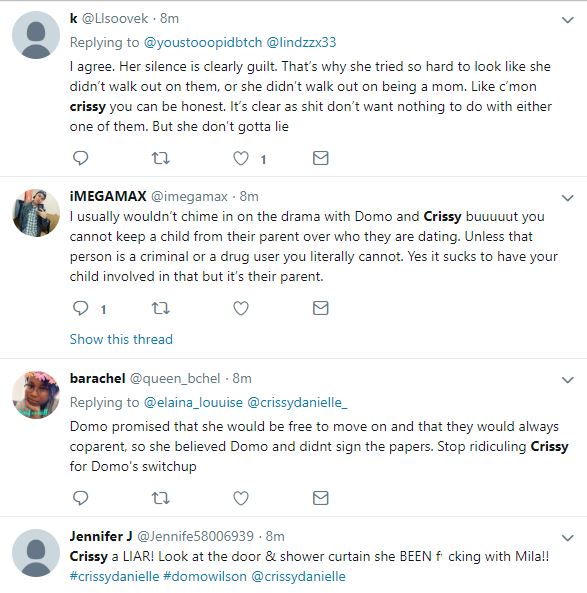 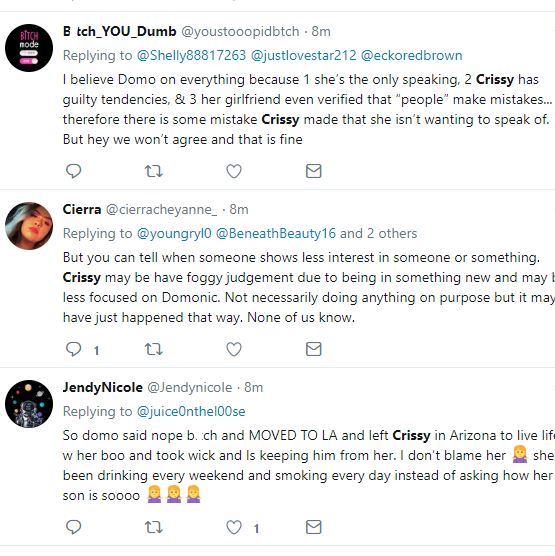