Skip to content
You are here
Home > Hip Hop News > Ronnie and Shamari DeVoe are still talking about this open relationship; Now, Shamari is saying she caught feelings for another woman… Fans on Twitter are like “WTF?,” calling the storyline “boring,” and saying Ronnie and Shamari look like brother and sister #RHOA 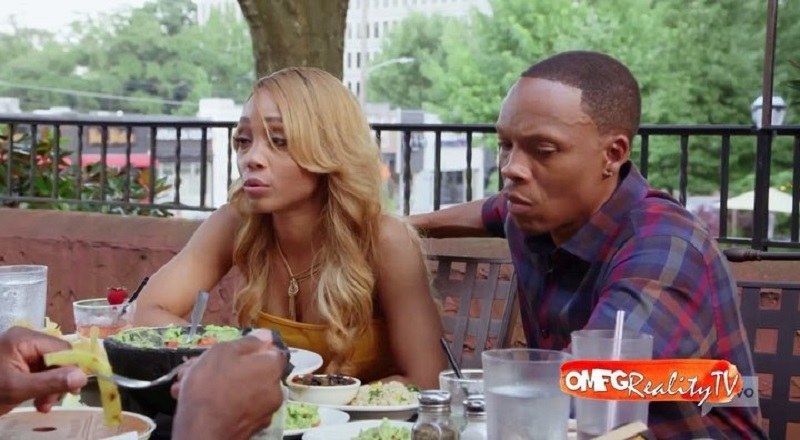 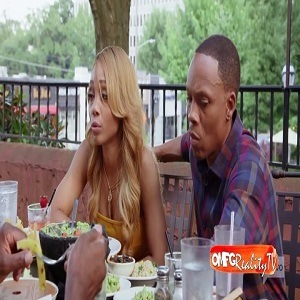 So far, “The Real Housewives of Atlanta” fans have not had much love for Ronnie DeVoe, or his wife, Shamari. In his very first scene, Ronnie came for Kandi, about Xscape’s performance. During her confessional, Kandi pointed out how Ronnie and BBD opened for her.

It wasn’t long before Shamari DeVoe, Ronnie’s wife, was speaking on their personal life. She revealed cheating played a part in their marriage, so they entered an open relationship. Soon, Shamari revealed she had an affair with a woman.

Tonight’s episode began with a conversation with Kandi and Todd, where Shamari went in-depth. As Kandi tried to avoid the convo, Shamari revealed she fell for the other woman. Fans on Twitter were like WTF, with all the info she gave, slammed them for being open, called them “boring,” and said the DeVoes look like brother and sister.

Read the tweets about Ronnie and Shamari below: 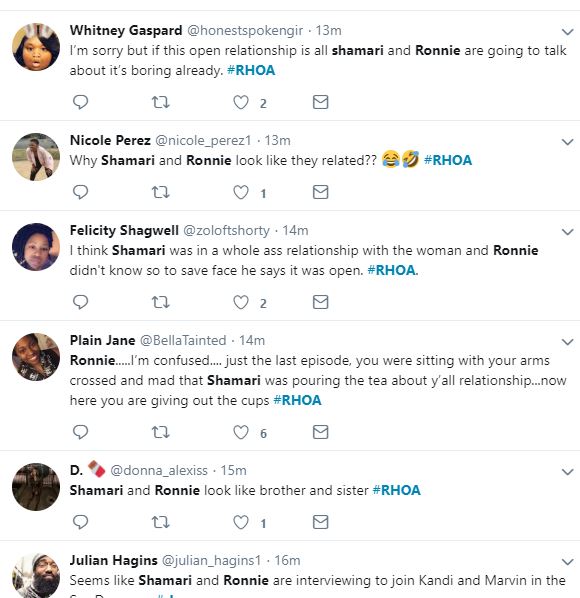 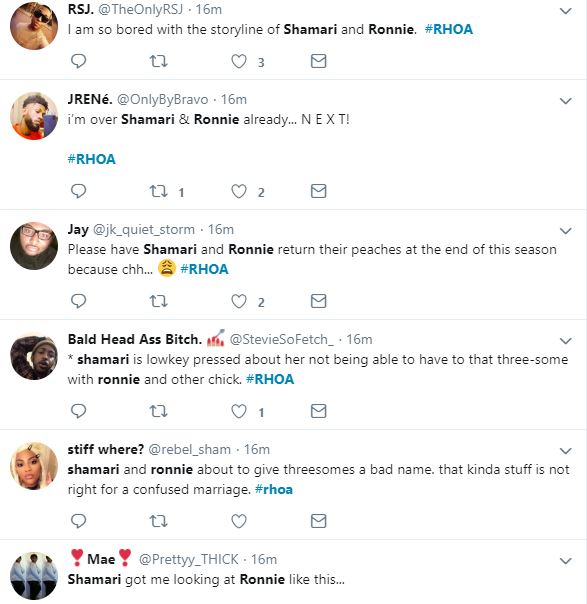 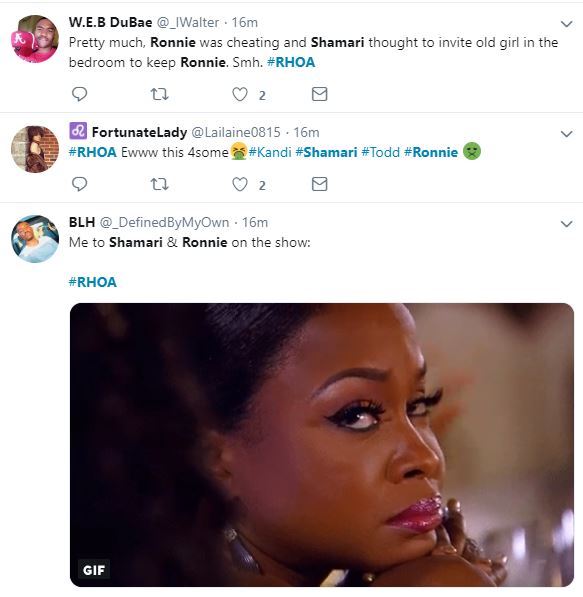 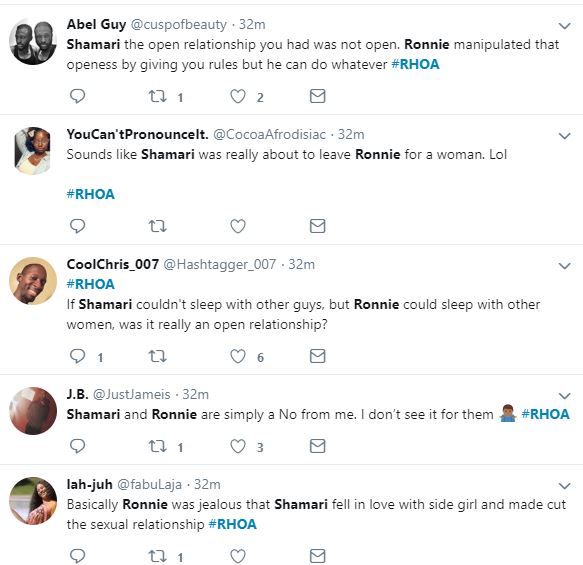 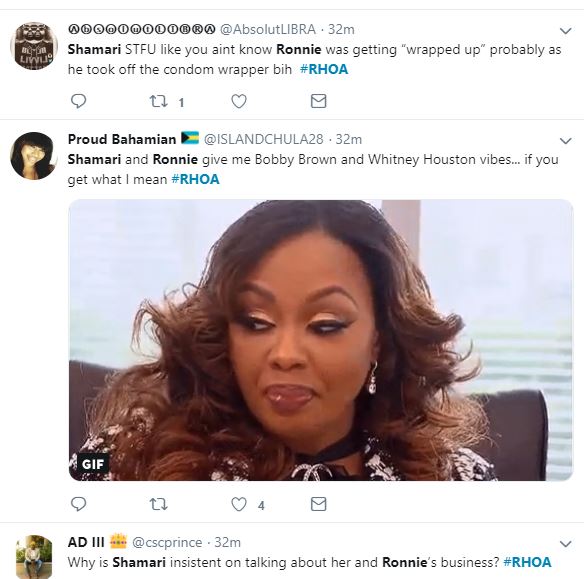