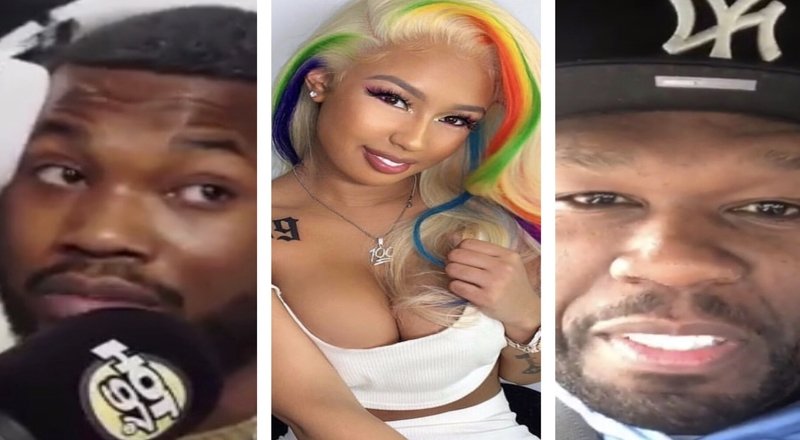 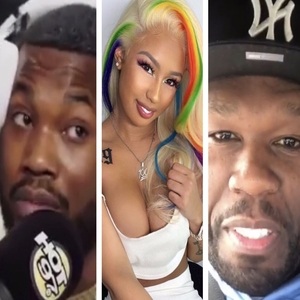 Meek Mill is celebrating a week since the release of his fourth album “Championships.” The MMG rapper is getting a lot of recognition for tracks such as “What’s Free” featuring Jay Z and Rick Ross and “On Me” featuring Cardi B. As far as Tekashi 6ix9ine, he is still locked up on racketeering, murder conspiracy, weapons and assault charges. He’s facing a life sentence as his trial is set for September 4, 2019.

6ix9ine’s girlfriend Jade posted a photo on Instagram where she has rainbow hair and also got a 69 tattoo on her shoulder. Meek decided to call her out and say “Oh you clout chasing chasing?” Jade responded by defending that she’s official with 6ix9ine by saying “This ain’t no clout chase this verified!!!” Meek continued the trolling by saying “Oh that’s my bad.”

50 Cent is the king of trolling on IG so you know he went in on Jade as well. He posted a photo of her with the caption “She was only with Danny for 5 days before the F.E.D.S came. Is it LOVE or the clout run charity walk? Lol.” Jade had her own clapback for 50 as she responded by saying “Hey father in law I was just texting u back about that (money emoji) u been crying for.”

I don’t blame Meek Mill and 50 Cent for checking to see if these IG models are groupies or are actually down. Check out Meek and 50 clowning Jade below. 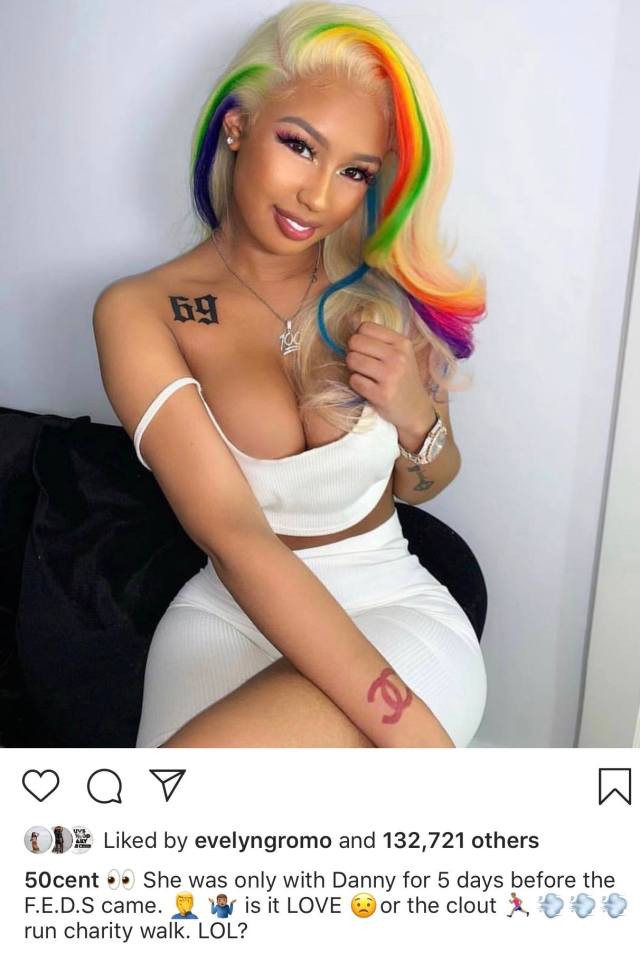