Skip to content
You are here
Home > Hip Hop News > Lauren London is in the #GoodForm video; Twitter says Lauren London doesn’t age and gives Nicki Minaj props for having her, Evelyn Lozada, and the Clermont Twins in the “Good Form” music video 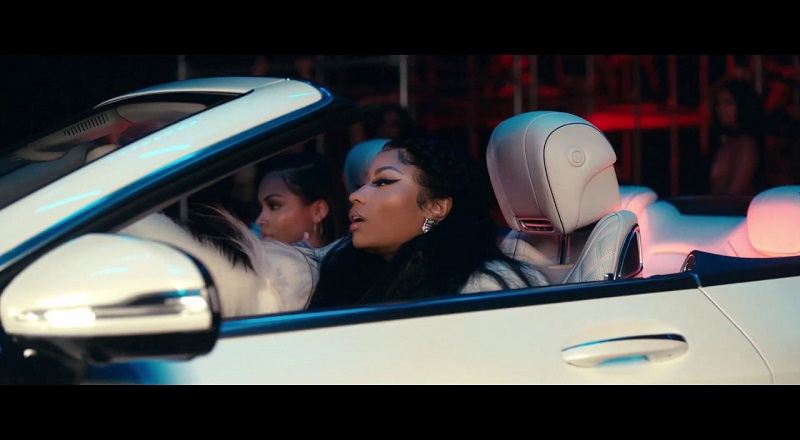 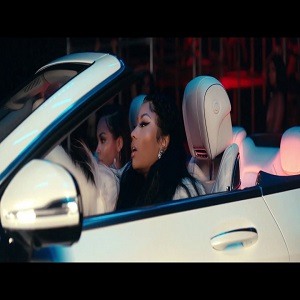 All year long, people have counted Nicki Minaj out, like she hasn’t consistently been top five for years. Even though she has only dropped albums in 2010, 2012, 2014, and this year, Nicki has set the standard. It has been a strong eight year run from Nicki Minaj.

Nicki Minaj reunited with Lil Wayne on “Good Form,” her newest single off QUEEN. The album was met with strong reviews, even though the album didn’t reach number one. This morning, she teased the video for the single.

Recently, Lauren London began trending, as she is in the “Good Form” music video. Also featured in the video are Evelyn Lozada and the Clermont Twins. The fans on Twitter have been hyped ever since the teaser dropped. 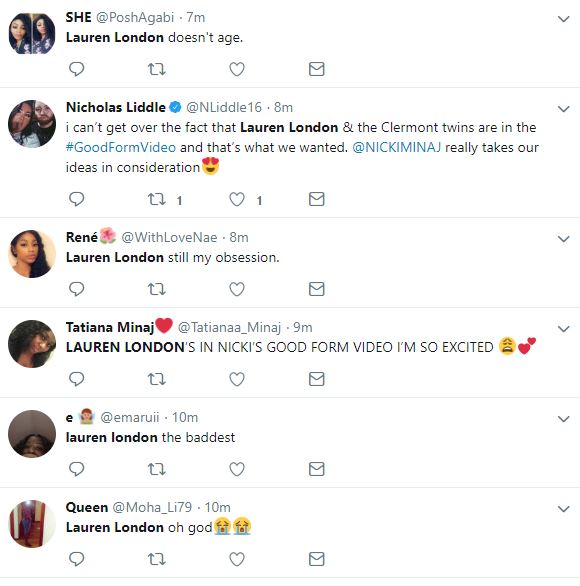 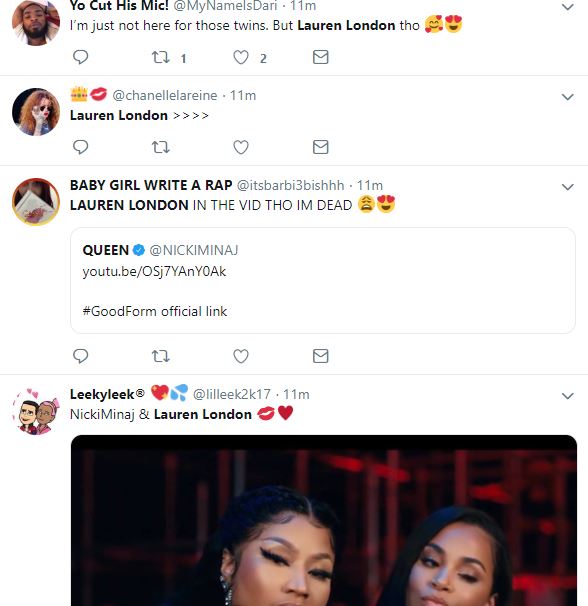 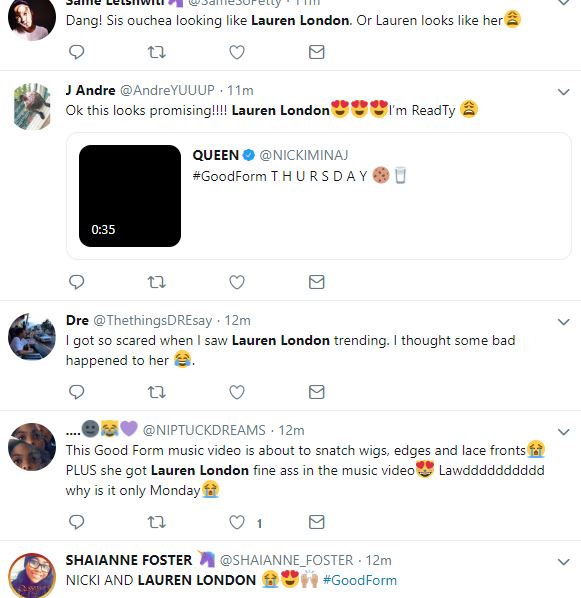 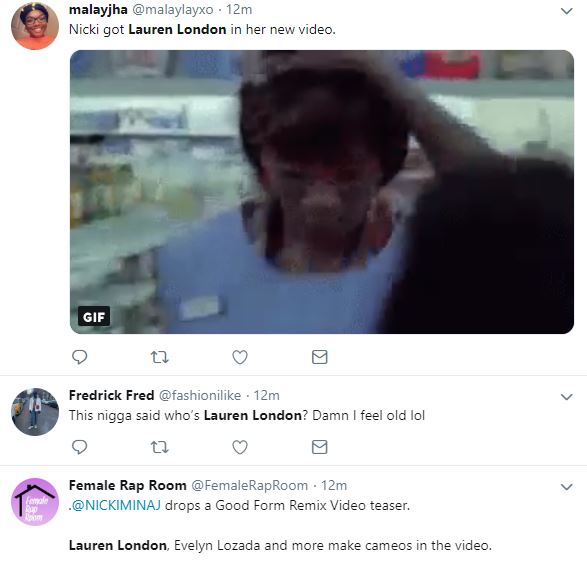 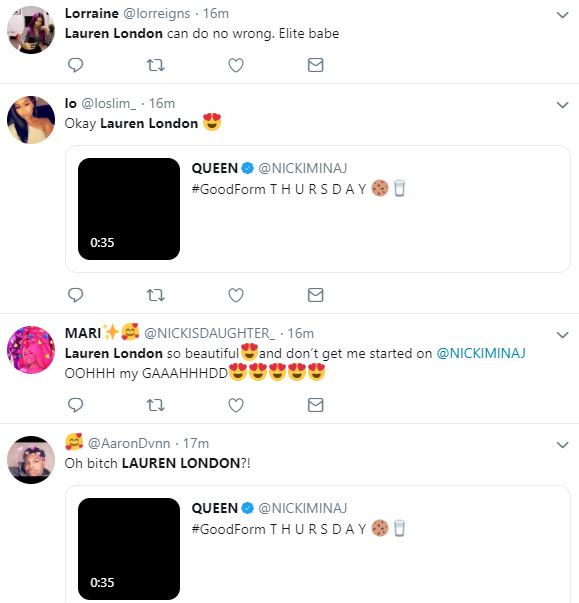