Skip to content
You are here
Home > Hip Hop News > CupcakKe puts Fashion Nova on blast for cutting her performance time at Cardi B’s launch party, so she has backed out of the event 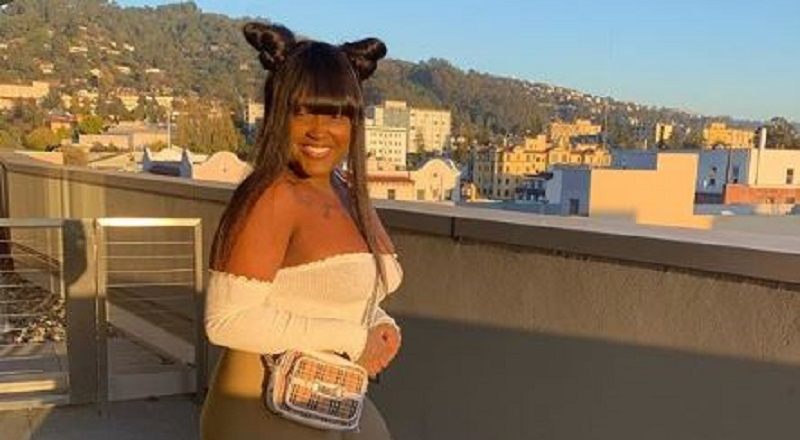 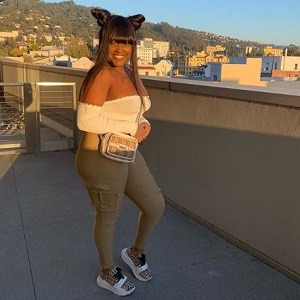 The past few years have been phenomenal for female rappers. After years of only one or two femcees, several have a platform. Clearly, the leader of this pack is Cardi B, in terms of popularity, as she just emerged last year, and is on top of the game.

Cardi B is launching a line with Fashion Nova, the clothing line that has taken over Instagram. To celebrate her launch, Cardi B is doing a concert with her party. She has a slate of female rappers, including former rival, DreamDoll, City Girls, and formerly CupcakKe.

CupcakKe, yesterday evening, put Fashion Nova on blast. The performance time she had ended up getting cut, so she decided to walk away from the whole show. Going in on Twitter, CupcakKe thanked Cardi B for the opportunity, and blasted one fan who told her she should have taken it, asking him where she stands on a scale of “water to pee.” 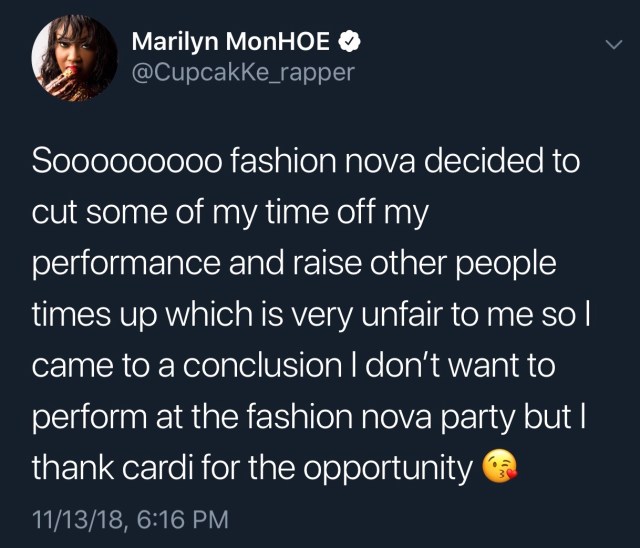 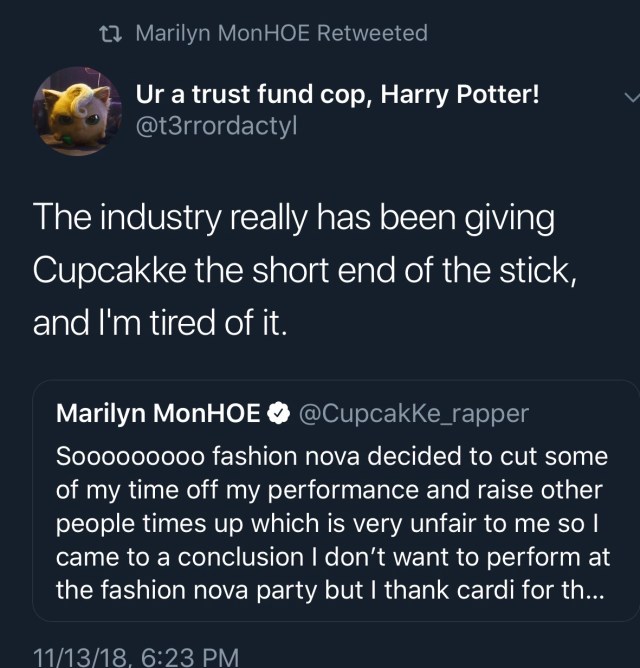 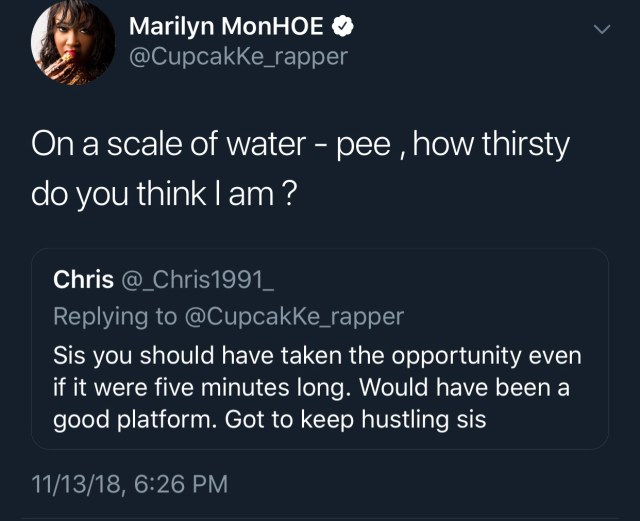 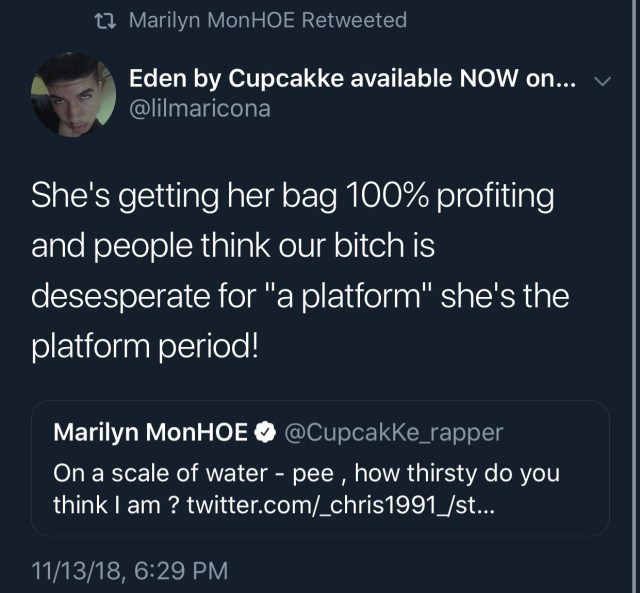