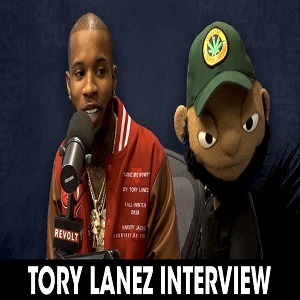 Recently, Tory Lanez released Love Me Now, his third official studio album. The Toronto rapper has been putting in work, over the past six years. Several rappers, from Toronto, have emerged, but he has proven to have the staying power, alongside Drake.

Tory Lanez proved himself to be more than a one hit wonder. Back in 2015, he finally broke through, with “Say It,” and has since scored another hit, in “Luv.” But, the popular rapper has some new music out, filled with more hits.

This morning, Tory Lanez visited “The Breakfast Club,” where he had a conversation with DJ Envy, Angela Yee, and Charlamagne Tha God. In the interview, he discussed the Love Me Now album. He would also touch on several other topics.