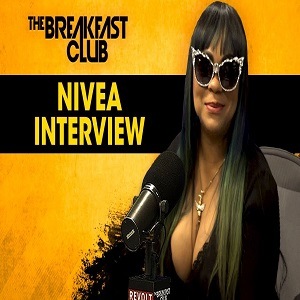 In 2002, Nivea emerged on the scene, and she had collaborations with some of the biggest names. Out the gate, she had records with the likes of R. Kelly, Jagged Edge, and Nick Cannon. It looked like Nivea was going to be a big name in the industry.

However, Nivea would soon fade from the spotlight, but she kept her name in the headlines. Her continued press was not due to her music and it wasn’t like she wanted the attention. Circumstances led to her being involved with Lil Wayne and The-Dream, having kids with both.

Nivea recently stopped by “The Breakfast Club,” where she would speak with DJ Envy, Angela Yee, and Charlamagne Tha God. The conversation began with them asking her about Lil Wayne, The-Dream, and their children together. She would also speak on “Finding Nivea,” depression, her album, background, and more.