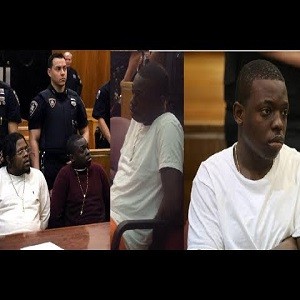 Back in 2014, new energy had taken over the game, and the man leading the wave was Bobby Shmurda. That summer, he dropped his “Hot N*gga” single, and it blew up. The song became a summer anthem that people won’t forget.

As Bobby Shmurda was taking over the game, he ended up being brought up on charges. This led to him being sent to prison, despite being the hottest rising rapper. The GS9 rapper has been in prison, ever since, as his label Epic Records, has been unable to free him.

Bobby Shmurda does have some good news, thankfully. The popular rapper is often the subject of rumors, regarding his freedom. But, these rumors just might be true, as it’s being said that he will be released from prison in November of 2020.

Sisqo is dominating Twitter, as fans give him props for holding his own on Will Smith’s “Wild Wild West,” turning that thread into Sisqo appreciation
Lil Baby And Gunna Release Tracklist For ‘Drip Harder;’ Includes Drake, Young Thug And More