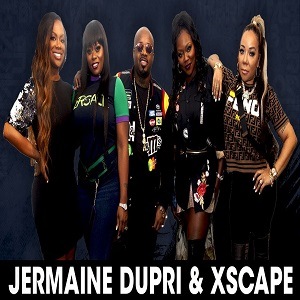 In the early 1990s, Jermaine Dupri rose to fame as the head of his own label, So So Def. The label followed a successful production career that only expanded with the beats JD made. Along with the label’s big roster, JD also managed Usher.

Aside from Da Brat, So So Def’s biggest act was Xscape, in the early days. Like many other 1990s girl groups, Xscape fell from the spotlight by 2000. Among the groups, they were the least likely to come back, but did once Tiny and Kandi became reality TV stars.

Recently, Kandi and Tiny, along with Tamika and LaTocha Scott, of the group, Xscape, plus Jermaine Dupri, sat down with “The Breakfast Club.” Speaking with DJ Envy, Angela Yee, and Charlamagne Tha God, they spoke on their history. More important is the future, as they also discussed the So So Def reunion tour, reconciling, and much more.