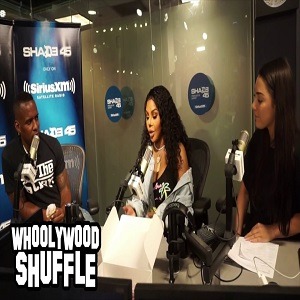 Over the years, females have not gotten the same levels of respect, in the rap game, as their male counterparts. Trail-blazing ladies, such as Queen Latifah and MC Lyte opened the door for ladies. Then, it was those Lil’ Kim and Foxy Brown figures that proved ladies could hang.

This current era is inspired by Lil’ Kim, as she broke all of the records, many of which Eve was coming for, until her hiatus. Eventually, these records would be broken by Nicki Minaj. Now, Cardi B is the one the game belongs to.

Lil’ Kim is still doing her thing, though, and she visited DJ Whoo Kid, over at Shade 45. Their interview saw her discussing her relationship with Beyonce, before discussing Biggie. Before she left, Lil’ Kim also detailed her upcoming new album.