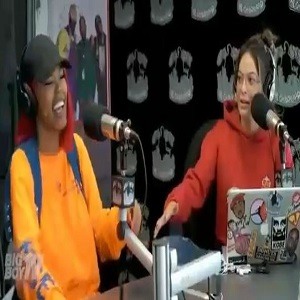 Long before there was ever “Teyana & Iman” on VH1, Teyana Taylor made it well-known who she is. This is a young, outspoken, woman, who is open about everything. For years, she’s been signed to G.O.O.D. Music, and she landed her album release.

Teyana Taylor dropped Keep That Same Energy and she has another part of the album coming next week. With the album out, Teyana Taylor has began making her media rounds. The popular singer has a lot going on, right now.

Among her interview stops was Big Boy, over at LA’s Real 92.3. In this particular interview clip, she spoke on what she and Iman Shumpert, her husband, do. She let it be known, confirming lines on her album, that the couple has participated in threesomes.