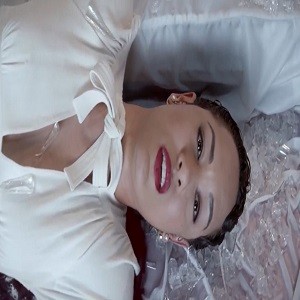 Two years later, justice was finally (apparently) served, with the apparent death of Anika (Grace Byers). If she’s indeed dead, she died just how Rhonda (Kaitlin Doubleday) did, at her hands. The reason for saying apparent is because Anika’s fall wasn’t the cliffhanger.

Those who know Andre (Trai Byers), on or off his meds, know him talking about forgiving Anika was too much. Even the kindest of person would have a hard time forgiving their spouse’s murderer. It turns out, he slipped her the same drug that Diana (Phylicia Rashad) fed him.

Until September, Anika is presumed dead, and the celebration is lit, over on Twitter. The fans are taking this as good news and living life like Anika is gone. However, there’s a bigger chance Hakeem (Yazz) or Tiana (Serayah) is hurt. 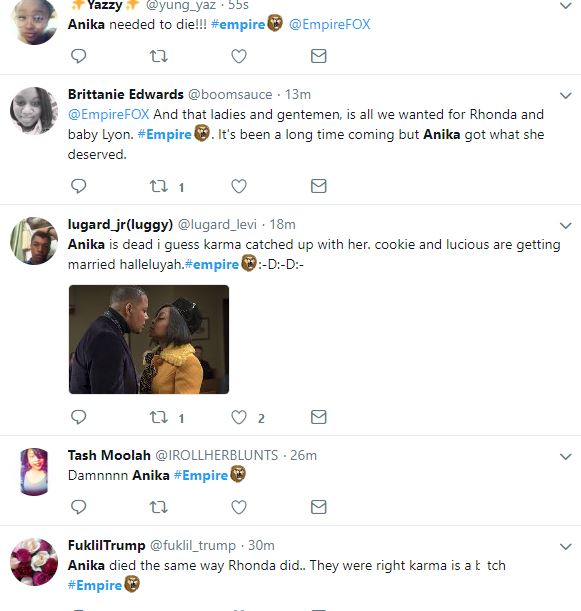 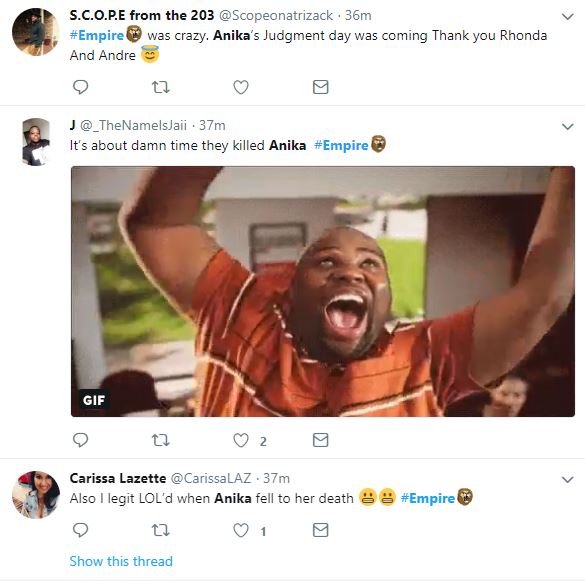 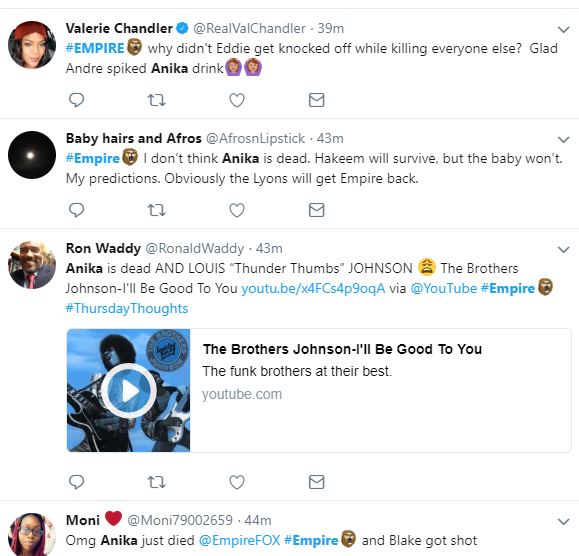 #LetNahmirWalk: YBN Nahmir fans take over Twitter, demanding his high school principal to let him walk across the stage for his graduation, as he took a break from tour, but school won’t let him walk
Nicki Minaj gets dragged by her own fans on Twitter for postponing her announcement until tomorrow and she threatens to go on another hiatus