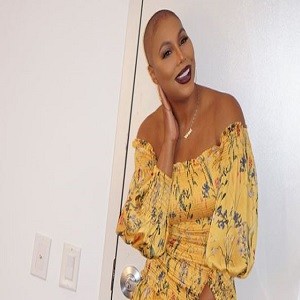 While there was a lot of love for Christina Aguilera and Demi Lovato, not everybody was feeling it. The two are very strong vocalists and considered powerhouses, in the industry. But, a few years ago, many considered Tamar Braxton a powerhouse.

In the early 2000s, Tamar Braxton released an album that only had mild success. However, she would return, via reality TV, and that platform launched her much-more successful album. But, Tamar Braxton saw it all implode, in 2016, when she and “The Real” parted ways.

Tamar Braxton now has fans on Twitter buzzing, as she tweeted in the middle of Christina and Demi’s performance. While she didn’t say a thing, people said she didn’t have to. She tweeted out the facepalm emoji and fans say she should’ve been performing at the Billboard Awards, tonight. 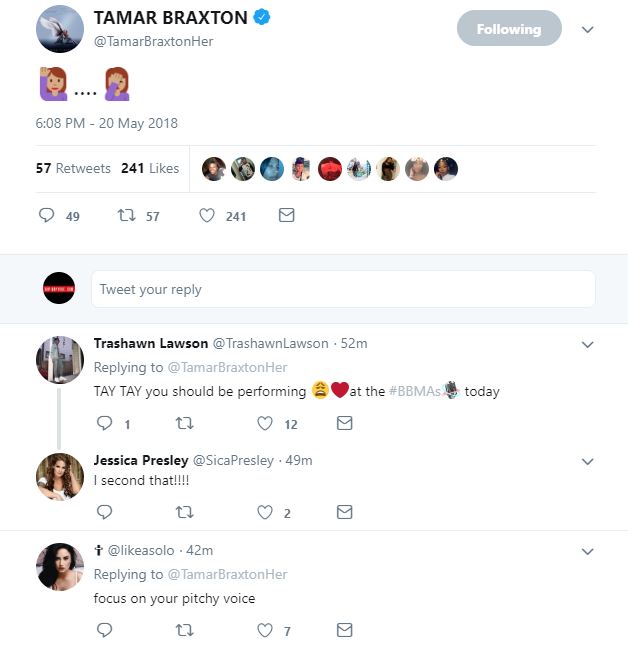 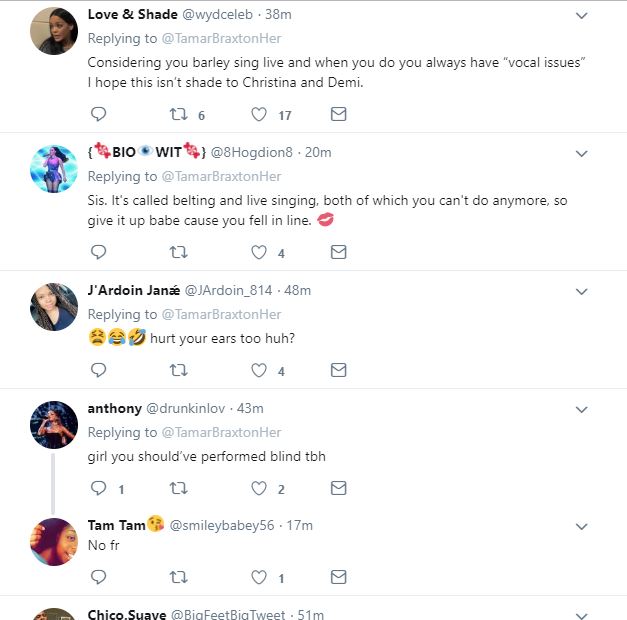 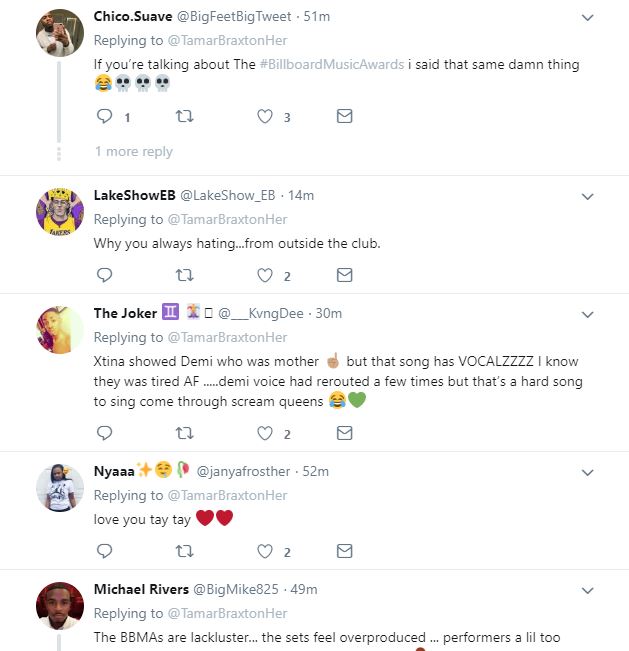 Christina and Demi owned the #BBMAs with their “Fall In Line” performance and Twitter says it was one of the best moments of the night … VOCALS #Xtina_Demi
Steph Curry talks Warriors commanding Game 3 win vs. Houston Rockets, gaining momentum in the second half, and his own shot getting hot on #NBAonTNT #RocketsWarriors [VIDEO]