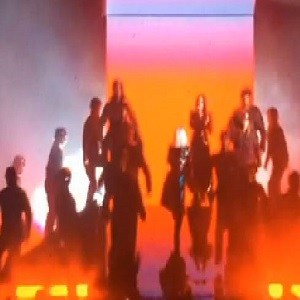 All week long, people have hyped Christina Aguilera and Demi Lovato delivering their new song. The two dropped “Fall In Line” and premiered the record, tonight. They debuted the song at the Billboard Awards and everybody was out of their seats.

Both Demi Lovato and Christina Aguilera are known as two of the most-powerful vocalists in the music industry. Both ladies represent a different era. In these eras, they have some of the strongest voices, and their reaches both extend well past pop.

What they put down tonight is something that made Twitter’s worldwide trending map. Everybody was blown away with Christina and Demi. A lot of hype surrounded their performance and they delivered.

Read the tweets about Christina and Demi below: 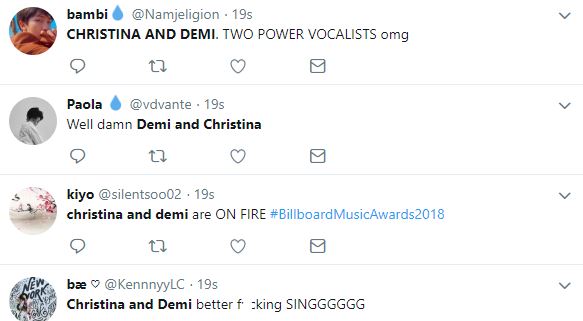 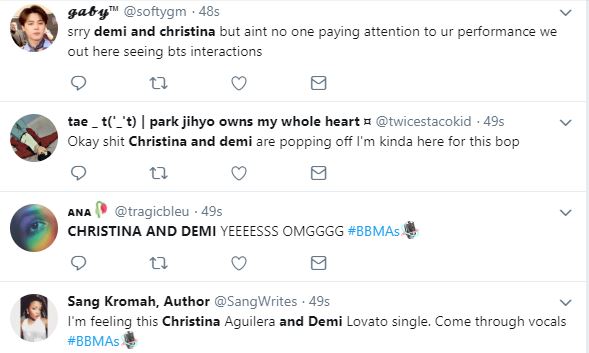 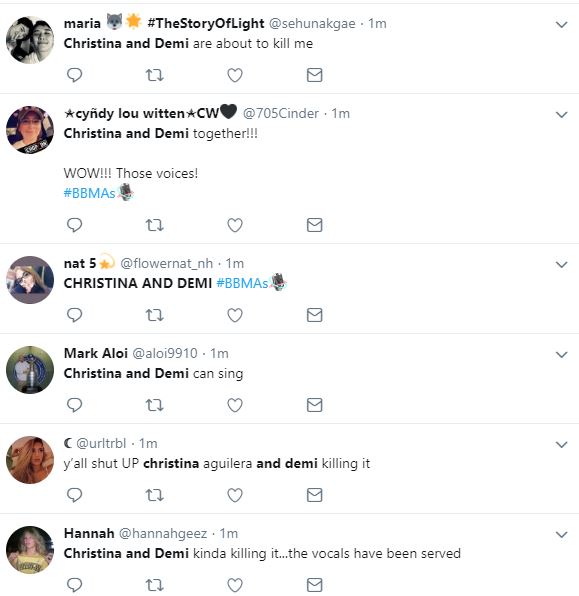