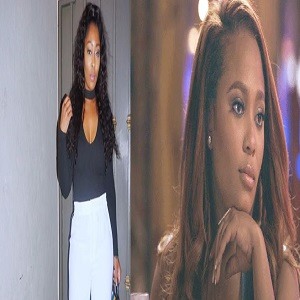 For over a week, Teairra Mari has been the leading topic of discussion, after she had her privates leak all over the internet. Since 2014, she has been a central figure on “Love & Hip Hop Hollywood.” As one of the original cast members, Teairra has had some classic moments.

Like many others, in the franchise, Teairra Mari has been unlucky in love. Last season saw her and Cisco Rosado, of all people, begin a relationship. As in all his other TV relationships, Cisco ended up cheating on Teairra.

After Cisco, Teairra began dating a man that had a lot of rumors going on, such as him being married. The man is Akbar, the man she’s still dating, despite believing he leaked her nudes. Now, his wife is speaking out, as she has photos of Teairra with her husband and claims T begged him to leave her so they could be together.

Miguel talks Mexican roots, #WarandLeisure album, meditation, and more on #TheBreakfastClub [VIDEO]
HHV Exclusive: Ne-Yo talks favorite memories of his mother and being caught with “people” at his house at #DearMamaVH1