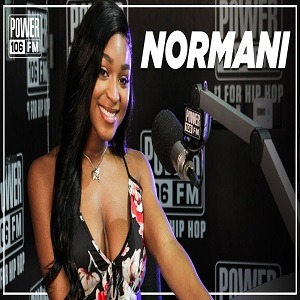 Following the success of Camila Cabello, the other Fifth Harmony members have decided to go solo. After Camila left, Normani became the most-popular member of the group. There was a lot of hype surrounding her and she came through with a new single.

Normani released her single, “Love Lies,” which is the lead single of her debut album. While making a lot of big moves, Normani is going all out, hoping to make a classic. She has some of the biggest names in the industry on this album.

Recently, Normani stopped by Power 106, talking to J Cruz and the members of “The Cruz Show.” The interview saw Normani talk about meeting Beyonce, someone she “Stans” for. They also discussed her debut album, which she has Missy Elliott working with her on.