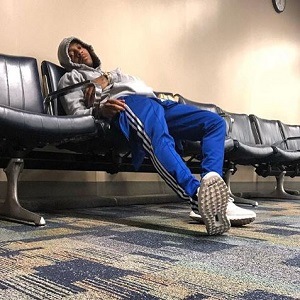 For quite some time, Bow Wow has been telling people that he doesn’t want to live, anymore. The more he talks about suicide, the more people try to encourage them. But, he hits them back, asking where their support was, every time the internet gangs up on him.

Bow Wow spoke on this, on “The Breakfast Club,” as he explained that he feels like he’s lived through everything. When Charlamagne pressed him about his daughter, Bow Wow admitted he would never leave her life. This morning, Bow Wow was back ranting, again, though.

Going off on another Twitter rant, Bow Wow starts off by saying he feels like jumping off a balcony. When a fan tries to cheer him up, he says he doesn’t want to be here anymore. Then, another fan asked him about his mother and daughter, so Bow Wow then said it was a figure of speech. 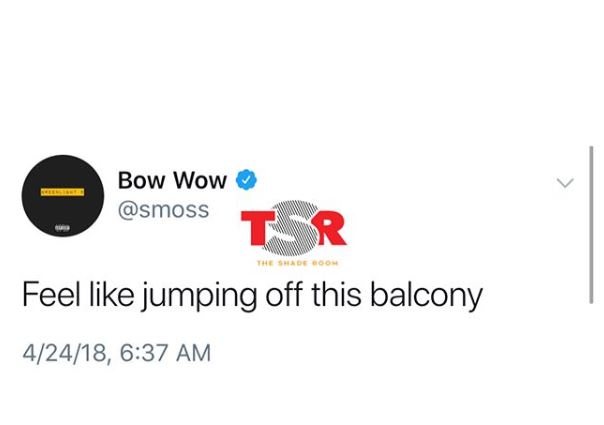 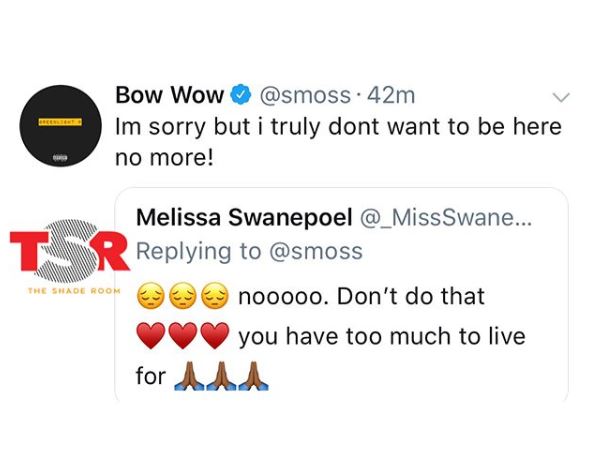 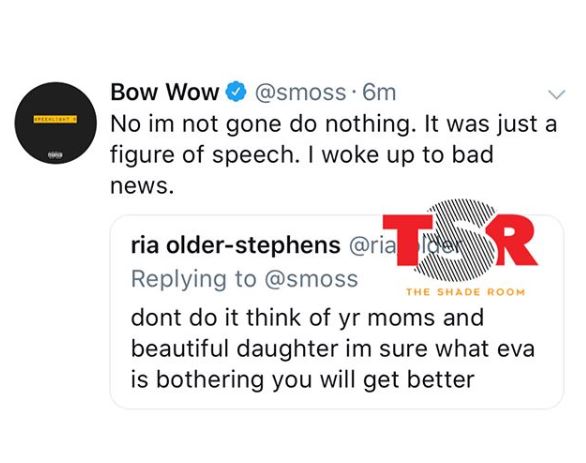