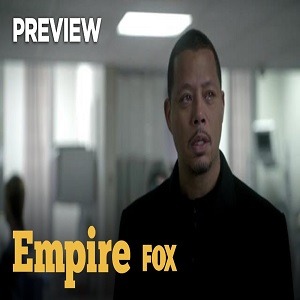 Last week’s episode of “Empire” definitely saw some loose ends get closed. All season long, Andre (Trai Byers) was wracked with guilt, over his part in Lucious’ (Terrence Howard) explosion. During the season finale, Andre and Shine (Xzibit) conspired to kill Lucious.

However, Lucious decided to turn Empire over to him, but it was too late. Meanwhile, Jamal (Jussie Smollett) is adjusting to a normal life, after killing Angelo (Taye Diggs). The third son, Hakeem (Yazz) is trying to marry Tiana (Serayah), as Eddie Barker (Forrest Whitaker) plots.

Coming into tomorrow’s episode, Andre is dealing with life now that his secret is out. There is still Eddie trying to steal Empire from Lucious and Cookie (Taraji P. Henson) to sell it to give his wife (Nicole Ari Parker) money. The stress of it all leads to some big drama on tomorrow’s episode.

Watch the “Sweet Sorrow” preview below:

Read the spoilers from “Sweet Sorrow” below:

Robin Roberts makes a special guest appearance! She is interviewing Jamal for a live segment.

Andre tries to right his wrongs.

Eddie’s motives are questioned when the numbers don’t add up.

Andre tells Shine that he took the fall.