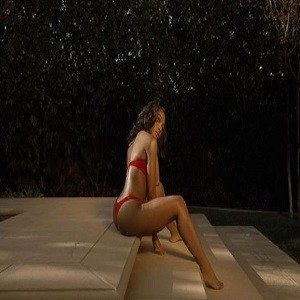 A few years ago, Fifth Harmony looked like the future of pop music. The co-sign from Ty Dolla $ign, and his work with the group, looked like the winning formula. Just when they got the name recognition, Camila Cabello announced she was leaving the group.

There was a lot of speculation about why Camila Cabello left the group, but she made sure none of that mattered. With her first single, she topped Billboard. Her single, “Havana,” featuring Young Thug, proves why people should bet on themselves.

Normani Kordei, Camila’s ex-group-mate, is now betting on herself, after Fifth Harmony disbanded. Now, Normani Kordei is launching her solo career. Already managed by Keep Cool, Normani has signed with their label, which is distributed by RCA Records.

Just Brittany gets dragged on Twitter, by #LHHATL fans, for screaming, instead of performing, insulting Estelita, for her gay comments, and for saying English should be her top priority, before saying “I’m still feeling a lot upset”
“You look like Drake” LMAO; Cardi B tells #FallonTonight audience member he looks like Drake and how she said it has fans dead #CardiBonFallon [VIDEO]