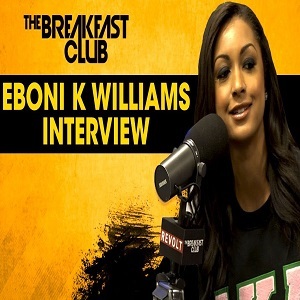 Popular attorney, Eboni K. Williams, has made a name for herself, being a legal analyst on cable news. One of the places where she’s made a home is at Fox News. Given the content, and the angle they take, on the news, this isn’t necessarily a friendly ground for hip hop.

However, Eboni K. Williams is a member of the culture, and a popular one, at that. With how social media is, Ebony K. Williams is easily a #LawyerBae, or #AttorneyBae. Last week, the murder of Sacramento man, Stephon Clark, took over the headlines.

Eboni K. Williams stopped by “The Breakfast Club,” where she sat down with DJ Envy, Angela Yee, and Charlamagne Tha God. The conversation was about Stephon Clark, and the injustice about his death. They also talked about the overall judicial process and much more.

Dynamite Dylan ft. Post Malone – “You” [VIDEO]
DreamDoll turns up during the Nets’ game, when they play her #EverythingNice single #LHHNY [VIDEO]