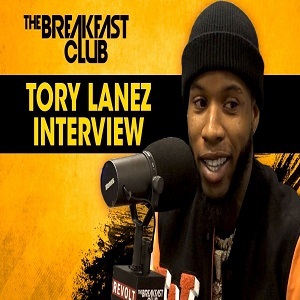 Back in 2015, Tory Lanez followed four years of mixtape tracks, and viral singles to a hit record. When “Say It” hit, the record became a massive hit. Released in time for “cuffin’ season,” “Say It” was one of 2016’s first hit records.

Tory Lanez has since proven that he is much more than a one-hit-wonder. As it is, when an artist releases a massive record, pressure builds for them to do it again. Facing this pressure, Tory Lanez dropped his summer anthem, “Luv,” to much success.

Recently, Tory Lanez has been doing his media rounds for his sophomore album, Memories Don’t Die. Stopping by “The Breakfast Club,” Tory Lanez spoke on his Donkey of the Day. The popular artist discussed his own sound, and the struggle he endured, on the comeup.